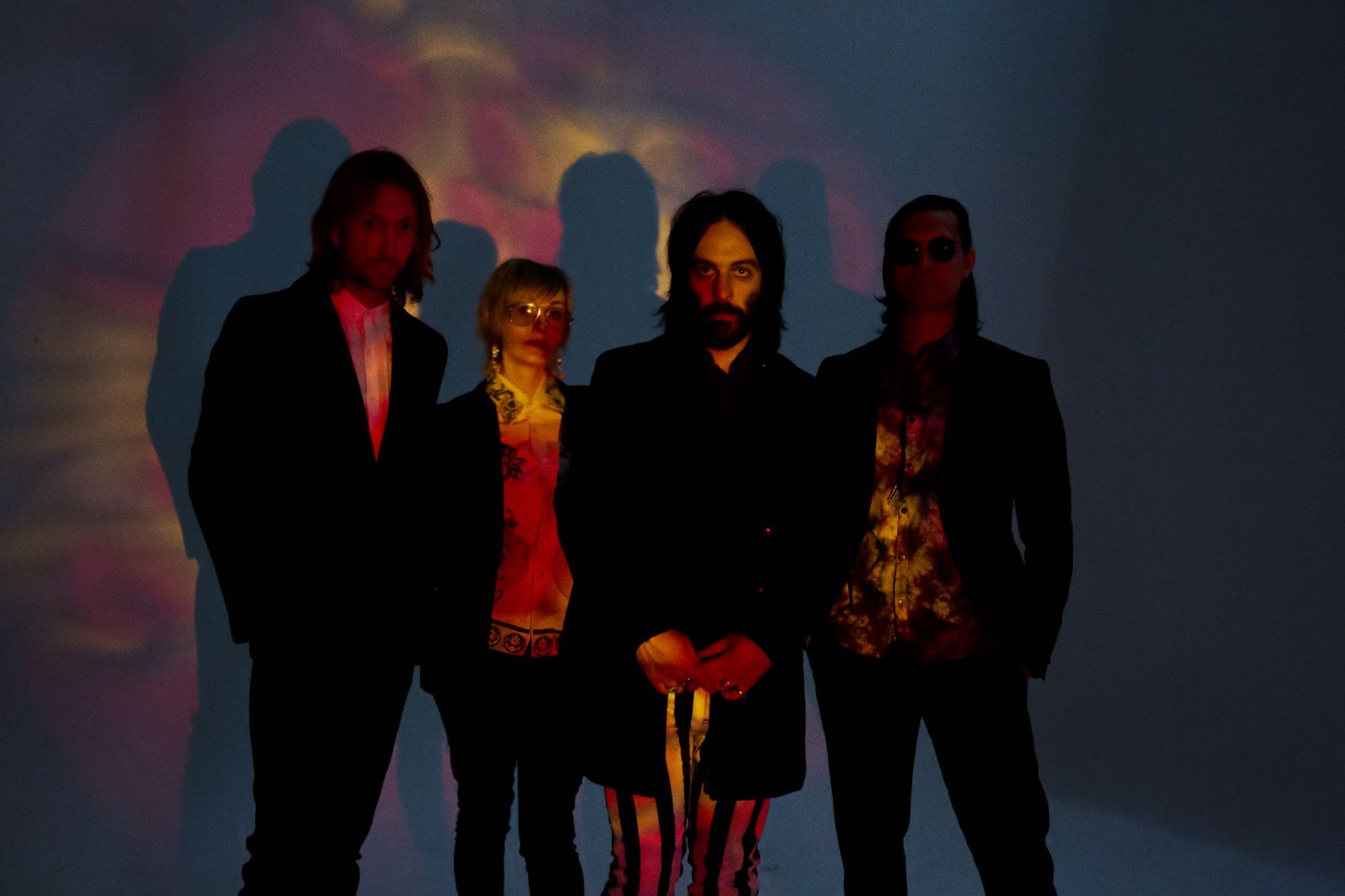 London-based glam-goth alt-rock band The Bloodstreams have released a powerful new track ‘Columbine’ .The single takes us on a juxtaposed journey through genre conveying the two sides of love and hate. The band are led by the vocal harmonies of Danny, James and Jasmine who make for a performance which displays the bands storytelling, surrealist perspective.

Originally written by their guitarist James, the band decided to hunker down at Studio 7 in Tottenham Hale to piece ‘Columbine’ together pre-lockdown. Covering themes of isolation and anxiety the track evolved in the creative process into something more complicated than the band originally intended. The poetic and powerful message behind the track’s title captures the notion of the giving of flowers, usually in situations of high emotion. In this instance the Columbine flower is representing our way of expressing ourselves and shows that in a desperation of faith, positivity can thrive.

The lyrics of the track depict the two sides of good and evil intertwining into a powerful overall message. This is also evident through the sonic landscape of the song as it starts as a classic slow paced rock record but gently moves into a dramatic half-time gospel outro. The Bloodstreams say “Whether you believe it or not, religion has defined culturally and historically the world. We want to make people dance. This is our religion.”

Sounding similar to The Fat White Family, the overdriven guitar and chanting repeated in the second half of the song builds to almost biblical proportions “It’s very abstract and meant to be heard as a universal evangelical love story”. The band’s other more classic influences include The Beatles, Bauhaus and Siouxsie & The Banshees. This is evident through the energy and melody The Bloodstreams bring to their music. The track completes with one last shift to a melodic keyboard solo which rounds off the song perfectly.

With a busy new year ahead with lots in the pipeline The Bloodstreams kick off their new material with a launch party for the single at The Macbeth in Hoxton on the 2nd December. The band will be sure to make their mark with their brand new material. Follow their socials for the latest updates.