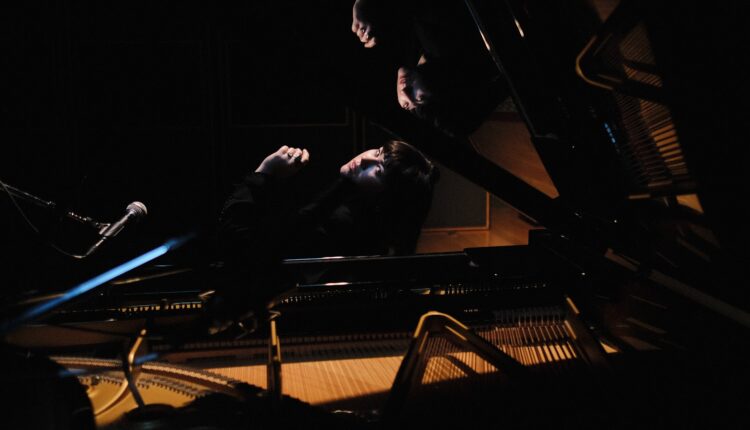 Teagan Johnston unveils emotive dark-pop debut album: Formerly known as Little Coyote, Teagan Johnston, is a singer-songwriter who drives the genre beyond its current borders, bringing a radical rawness to her work that hits you in your heart. Following on from her single release ‘Blue Monday’ in January this year, Teagan now returns with her full length-record ‘Sentimental Ballad’. The debut album is a raw expression of heartache through minimalistic piano and lyrically driven songs. The 12 track offering includes her upcoming single ‘Get Out Of Town’ which arrives with a dreamy music video lit by the glow of a city at night, perfectly capturing the hazy mood of the track.

Teagan shares the inspiration behind ‘Get Out Of Town’:

This sounds a little cheesy and untrue but I wrote this song in a dream. After my  breakup I was out with a friend one night and we spent a long time talking about  my feelings of needing to no longer live in Toronto in order to move on from my  past relationship. That night I had a dream where a musician had written a song  with the chorus lyrics being “I’ve got to get out of town, cause as long as you’re  around, I’m not getting over you.” In the dream I was so amazed at how this  artist had managed to say everything I was feeling so perfectly and I wished I  had written the song. When I woke up I realized I did and went down to my piano to finish it.

Born in the Yukon, raised between South Africa, Spain, Switzerland and the West Coast of Canada, Teagan Johnston brings a vast and ever layered perspective to her work. Her music is strong and powerful while also holding space for softness and vulnerability. Combining her delicately detailed piano playing with lyrics full of love and longing, Teagan seeks to explore human darkness and the fabric of our dreams. She weaves intricately dynamic songs that are sure to haunt you in a way that soothes your soul, and provokes warm memories of long lost romances.

Teagan partakes in several art forms outside of music as a means of communication and creative expression. She has modelled for Canadian fashion designer Evan Biddell, and written OP ED articles for The Toronto Star and She Does The City. In 2019 Teagan played her breakout acting role as Catherine in a Canadian Indie Horror movie The Strings as well as composing original music for the film. Outlets such as The New York Times, The A.V. Club , Bloody Disgusting and more have called Johnston’s performance and music in the film “commanding” and “magnetic.”

Compared to the likes of Fiona Apple, Regina Spektor, and Nick Cave, Tegan’s debut ‘The Trouble with Teeth’ was released in October 2017 with the enthusiastic support of EggHunt Records. Her following 2019 EP, Stay Gold, received many accolades and acclaims from various media outlets, such as Noisey and PopMatters. A seasoned and experienced live performer, at home playing solo or backed by a band, Teagan has toured North America and Europe, including performing a special set at David Lynch’s prestigious private Paris nightclub Silencio.