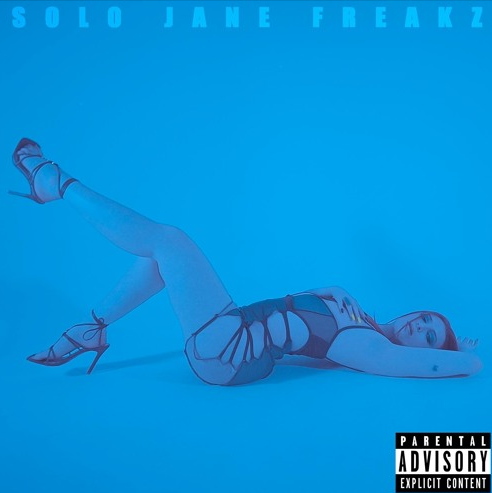 Exciting New Alternative RnB Artist Solo Jane shines with her thrilling new single ‘Freaks’.The singer songwriter who is originally from Essex has been quickly making a name for herself with her refreshing taste of Melodic Soulful RnB twisted with funky house and garage. The versatile artist is now ready to take her career to new heights with the release of her highly anticipated new single ‘Freaks’.

‘Freaks’ opens up with pulsing keys which introduces Solo Jane’s alluring vocals. The clean-cut production develops throughout the single, allowing the additions of pumping beats and hypnotic effects to swerve over an emotively sonic soundscape of innovation.

Lyrically Solo Jane explores a moment many can hope to relate to. She explains exactly what the context of the track is all about.

“Too me, Freaks” is about a fantasy. Being in the moment with the person you dream about and it living up to all expectations.”

She goes on further to discuss how the song became what it is today.

“Myself and Tristan (producer) had an hour left from our session and so he was playing me some beats, and then he played the beat for freaks and I just loved it. I went straight into the booth and laid down the backing chorus harmonies that came to me first, and then freestyled off the top the hook and the first verse as a one take straight away. The second verse came shortly after and within the hour we had a brand-new song!”

Having already caught the attention of BBC Radio 1, BBC Radio 1xtra, Kiss FM, BBC Introducing and with her hit single Can’t Lie hitting over 1 million streams within the first year of the release it’s hard to ignore the impact that Solo Janes new single ‘Freaks’ will create. Nominated for ‘Best Music’ in 2018, Solo’s latest release FEELS was chosen for DJ Targets UK Touchdown Tour in 2021 and later to represent Bristol online for Amazon’s +44 RnB playlist.

Solo Janes Soulful voice teamed with her street style naturally suits her chosen direction. It’s Dark, Sexy, Fun and deserves to be on your radar. Now is the perfect time to get onboard.

Listen To Freaks By Solo Jane Below