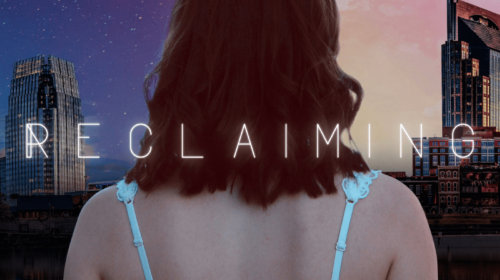 Pop Singer Maddy Hicks Rediscovers Self In New Album Reclaiming – After releasing EPs Nightlife and Daylight earlier this year, Nashville artist Maddy Hicks combined the two and released a full-length album called Reclaiming. The album features all of the songs from the EPs as well as three new tracks.

Reclaiming tells a story from start to finish. The first track “Backseat,” which was also the project’s first single, reveals a twentysomething dissatisfaction with life that is addressed throughout the album. There is a lot of yearning in the first half of the project. From large pop numbers with false confidence to lo-fi breakup ballads, the top half is honest and dishonest, messy and pure. The turning point happens during “My Eyes Have Dried,” a powerful song about finally getting over a past relationship. From that point onward, the tone of the album shifts toward confidence and love from a truly genuine perspective. The project closes with an ambitious number called “Blazer Days,” which reflects on self-love through loving others. A slow motion outro with psychedelic production and freeform lyrics brings the album and its story to a peaceful end.

Originally from upstate New York, Maddy Hicks has been performing her self-written music for almost a decade. She moved to Nashville, Tennessee in 2018 to pursue a career as a songwriter and artist while studying at Belmont University. She writes about the twentysomething experience with a unique sense of rhythm and rhyme beneath powerful melodies. In December of 2019, Maddy released her debut album The Bliss You Missed. Since then, she has transitioned into more of a pop sound. She has been releasing singles and EPs throughout 2021 building up to the release of her album Reclaiming on September 24.

“This project is about my experiences with losing and finding myself in all aspects of life. The pressures that can cause a person to evolve can be internal or external; striving to be better, struggling with mental health, facing societal expectations, loving someone, losing someone, and loving someone all over again. It’s messy and endlessly frustrating, but it’s also human. I wanted to create something that captures this feeling and reminds others that their struggles and successes are beautiful. So I made Reclaiming.”