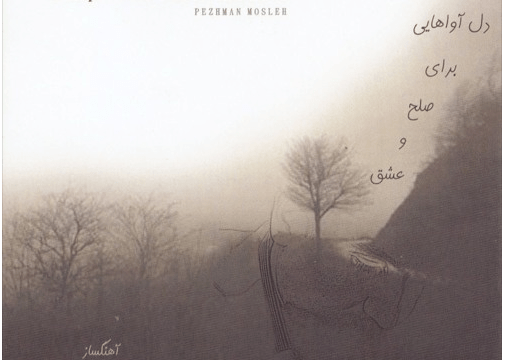 International Iranian composer, poet and professor of cinema philosophy Pezhman Mosleh has released a new heartfelt piano piece entitled “Snow” to mark the new year .Pezhman Mosleh is a pioneer in Iranian Neo romanticism and a music scholar who has humanity and philosophical concerns.

However, the multi-talented poet composer is a scholar in music history who has released some impressive songs like ‘Limitless’ and ‘Mandela’ to his credit.His compositions is a reminiscent of the works of Beethoven, in this beautiful and heartfelt piano piece, Snow. This piece was also aired in the UK on Canalside Radio 102.8FM on the show I Write The Songs for the.

Pezhman Mosleh’s work is appreciated by Dr. Irvin Yalom (one of the impressive characters of the century), Mrs. Rebecca Goldstein (the remarkable philosopher, author and the winner of American National Humanities Medal), Mrs. Ruthellen Josselson (the outstanding psychotherapist, researcher, editor of the APA journal qualitative psychology) and Nelson Mandela Foundation (Mandela listened “Mandela song” of professor Mosleh when he was alive). Professor Mosleh takes steps in the way of struggling with war and violence along with universal musicians.

In the cover of the album of “Whispers for Peace and Love” we can see following description for “Snow” piece:

“Remembering childhood naughtiness in the snow behind the window while worrying for the people who don’t have any shelter in the cold and look for traces on the snow.”