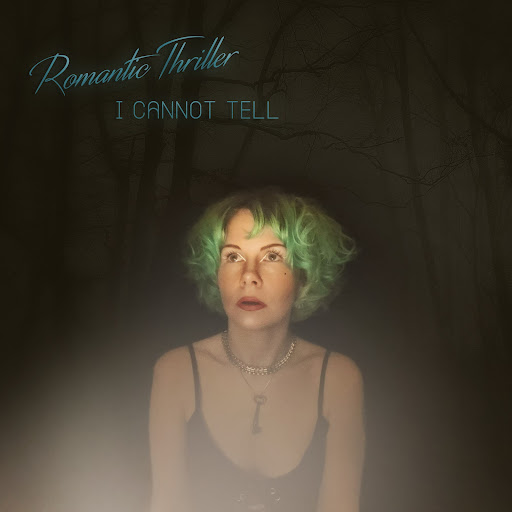 Los Angeles based performance artist and mastering engineer, Rebecca Huston, aka, Romantic Thriller says her music is inspired by film noir, the dictionary states of the film genre: it’s marked by a mood of fatalism and menace. The avant garde artist weaves an intricate tale on her new offering ‘I Cannot Tell’. Eerie synths and an enigmatic vocal line make up the haunting soundscape of the track, making for an otherworldly listening experience.

The track tells the story of teenage love, jealousy and big personalities that perhaps cannot coexist. Huston details the characters in her story; Cynthia, Heather and Jesse. On a mystifying night in the woods behind a fairground, things change forever as Heather goes missing and Cynthia and Jessie’s worlds collide.

“Though no one knows a thing, really… about what happened that night in the woods, there are details Cynthia has never been able to bring herself to say. Would Jesse understand? Would Heather still be here if she revealed her secret? She cannot tell.” – Huston says on the track’s story.  This track and others in her catalog have interwoven storylines and recurring characters.  She says she likes to think of them as tantalizing blurbs on the back of campy serial teen romance novels.

The release arrives with a music video that captures the story being told through Lynch-inspired dreamy visuals. Hazy imagery of the fairground and the woods transport the audience to the fateful night that is captured in ‘I Cannot Tell’.

Huston has been musical from the start, playing violin and oboe in school. She comes from a creative background and to this day surrounds herself with friends with innovative endeavours. Huston honed her craft over the years and her life experiences led to her identity of Romantic Thriller. Comparable to musical misfits such as Grimes, Ashnikko and FKA Twigs, Romantic Thriller creates pop music with a mesmerizing quality that drags you into a mystery story you MUST solve.