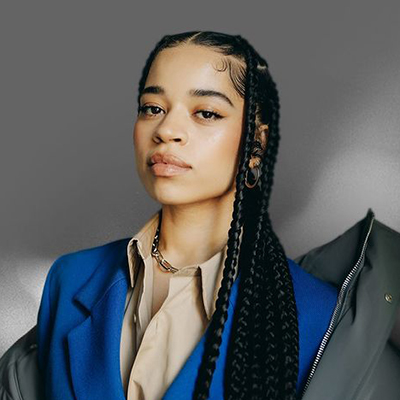 Ella Mai is back with her first new music in a year-and-a-half.The Grammy-winning songstress shows another side on “DFMU (Don’t F**k Me Up”),” the first single from her long-awaited sophomore album. On the slow burner, produced by Mustard, Ella lets her guard down and allows herself to be vulnerable.Ella Mai Returns with New Single ‘DFMU’

“Don’t f**k me up, don’t let me down / You know I wanna be around,” she sings. “You tugging warring with my heart / Didn’t think it’d ever be so hard / Crazy I’m letting down my guard.”

This marks the first music from the multi-platinum singer since “Not Another Love Song,” which was released in October 2020.

“This song in this process was very, very hard for me because it was like my life in real time,” she told Apple Music. “So it was almost a therapy session when I was in the session. But I think that’s the best way. All the people that I grew up listening to are always very, very honest. And I’ve always just appreciated honesty.”

Ella has been in the studio working on the follow-up to her self-titled 2018 debut, which will showcase a “new chapter.” “I’m growing up, I’m maturing, I’m turning into a new woman,” she told Billboard in 2019.

Watch the video for “DFMU” below.