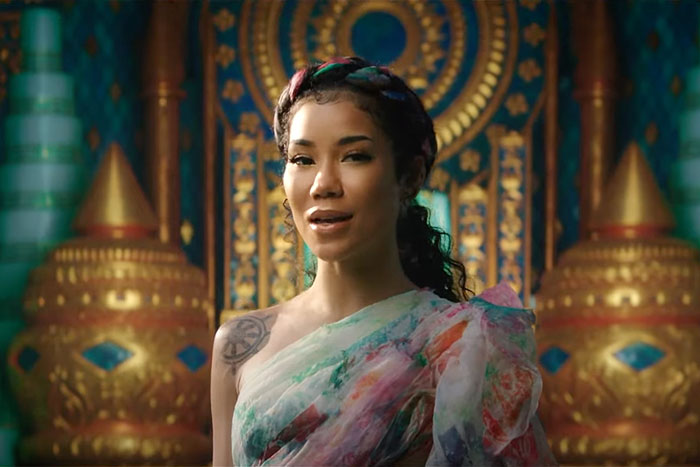 The light comes to the dark in Jhené Aiko’s video for “Lead the Way” off the soundtrack to Raya and the Last Dragon.

Jhené travels to the ancient kingdom of Kumandra as she brings the fantasy adventure to life in the magical clip, directed by Carlos López Estrada. The video also features footage from the animated Disney film, which arrives in theaters and Disney+ Friday.

“Lead the Way” was written by Jhené and Oscar-nominated composer James Newton-Howard, and appears in the movie’s end credits. The collaboration was a dream come true for the self-described “Disney kid.”