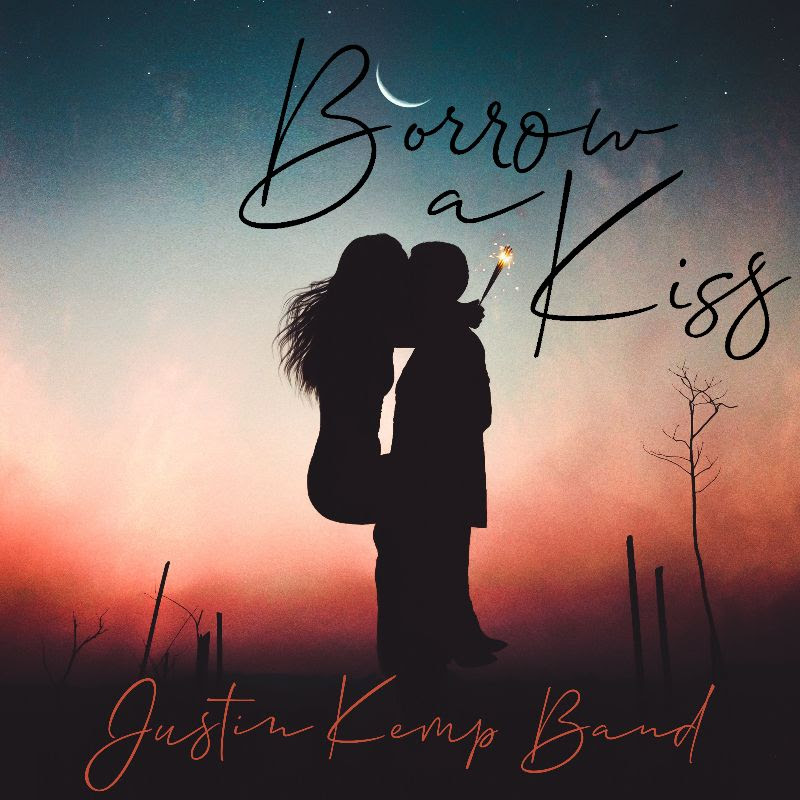 Reigning all the way from Hobbs, New Mexico, The Justin Kemp Band released their new country hit “Borrow a Kiss”. Recorded in Nashville with the legendary Larry Beaird as covid shut down the world, “Borrow a Kiss” will restore faith for all of the single men and ladies that have not yet met their soulmate. The world class fiddle backlining the track and the driving guitar riffs from Justin Kemp sets the tone of a modern day contemporary country song that will connect with hard core country music fans.

The track tells of a woman who caught the attention of an infatuated man in a small town. The moment he saw her he knew he had to say something, but when he walked up to her, the words came out far less smooth than he hoped. She replies to the corny pick up lines with playful banter: “Did you read that in a book?”.

The short but flirtatious pining interaction in the song will have you daydreaming about the tender, innocent moments every young adult experiences.Justin Kemp grew up on the Texas and New Mexico border where he was constantly surrounded by music from his family. He is heavily influenced by Merle Haggard, George Jones, and Keith Whitle.

These country music legends have a great effect on the vocal range and key instruments the band utilizes on the song. Justin’s booming voice accompanied by the contrasting melodic sounds of the fiddle makes for a masterpiece on the ears. The fiddle, played by Megan Poppe, is a pillar on which the band showcases their sound . With the use of the fiddle, Justin Kemp Band is bringing back traditional country music like the many legends before them. They recently played with Confederate Railroad, Neil McCoy, Wade Bowen and this month Aaron Watson and LoCash.

listen To Borrow A Kiss By Justin Kemp Below

Borrow A Kiss by Justin Kemp