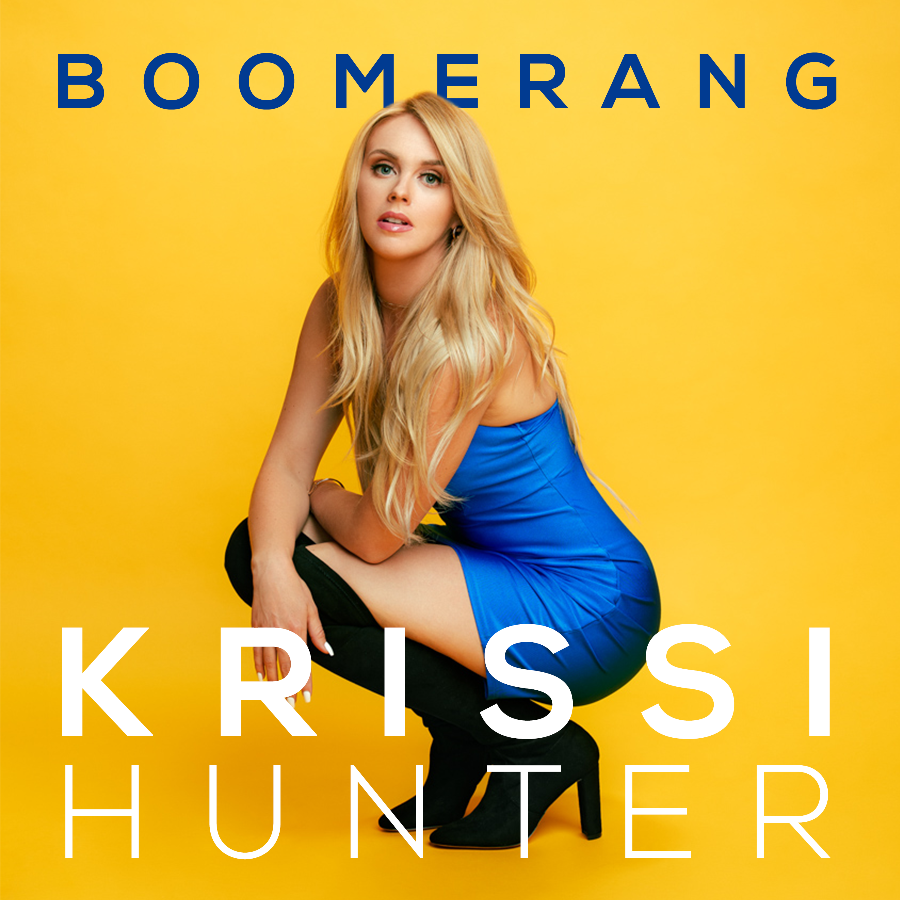 “Boomerang” by Krissi Hunter is one of the hottest new pop tracks on the market. The song is high energy with a killer beat and clever lyrics that give off major “girl boss” vibes. Krissi Hunter shows that she is on the rise to become one of pop music’s biggest female empowerment icons with this new single.

The song starts out jolting with a swelling instrumental and then heads straight into the verse, with a powerful kick drum and incredible bass line. Krissi’s vocals come out pure and strong, with some great ad-libs, vocalizations, and background vocal distribution.

The lead-in to the chorus with three punchy beats into a catchy melody line that jumps up and down will surely grab any listener’s attention and make them want to dance along to the upbeat feel of “Boomerang.” The bridge only adds more wow factor to the song, as it maintains the sassy tone of the previous sections of the single, but breaks down the instrumental a bit more to reel in the listener, only to explode into a spectacular post bridge chorus.

Lyrically, Krissi does a great job of conveying a confident and independent woman. She shows that she knows she is the “it girl” and uses the idea of a boomerang to describe a man coming back to her after leaving because he realizes he can’t find anyone like her. However, Krissi shows that she is not one to take him back so easily, with bold lines such as “I’ve got options too, and they all look better than you.”

Listen To Boomerang By Krissi Hunter Below