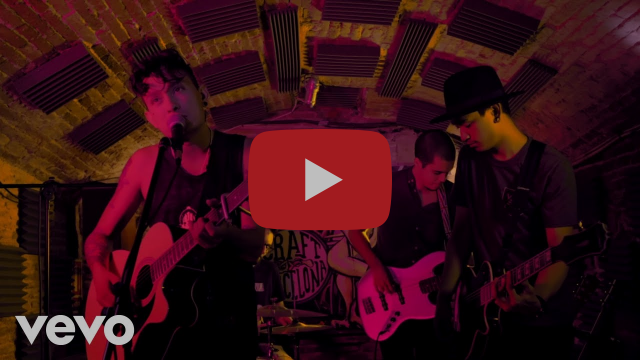 Hold Back music video by Mozart Gabriel is officially out . Mozart firmly leans into his rock influences as “Hold Back” perfectly melds classic rock elements into a modern underground gem. The drummer immediately sets a groove from the first few beats of the track.

The drums and guitar are automatically infused with emotion. We immediately know Mozart has been dealing with bigger demons than personal inner turmoil. Despite his struggles, it is clear that he has fought hard for the version of himself that he wants to be.

Gabriel effortlessly glides through his range utilizing every aspect and nuance he can. From his grit in the opening lines to his falsetto, Mozart’s vocals further drive home the entire point of the song. He is no longer holding back.

The music video for “Hold Back” tells the story of Mozart gaining his new life in Barcelona, where he started his journey with sobriety and created a whole new world for himself by playing open mics and venues in the city.

Mozart states, “Hold Back was the first song I ever performed in front of a live audience at an open mic. I was 28 at the time, and very heartbroken because my fiancé left me. For some strange reason I had this urge in me that said: in order for me to survive this heartbreak, I would need to sing a song to strangers. That night I sang this song.

I didn’t know that this was going to be the door of opportunity to have a band and to begin my music career.”