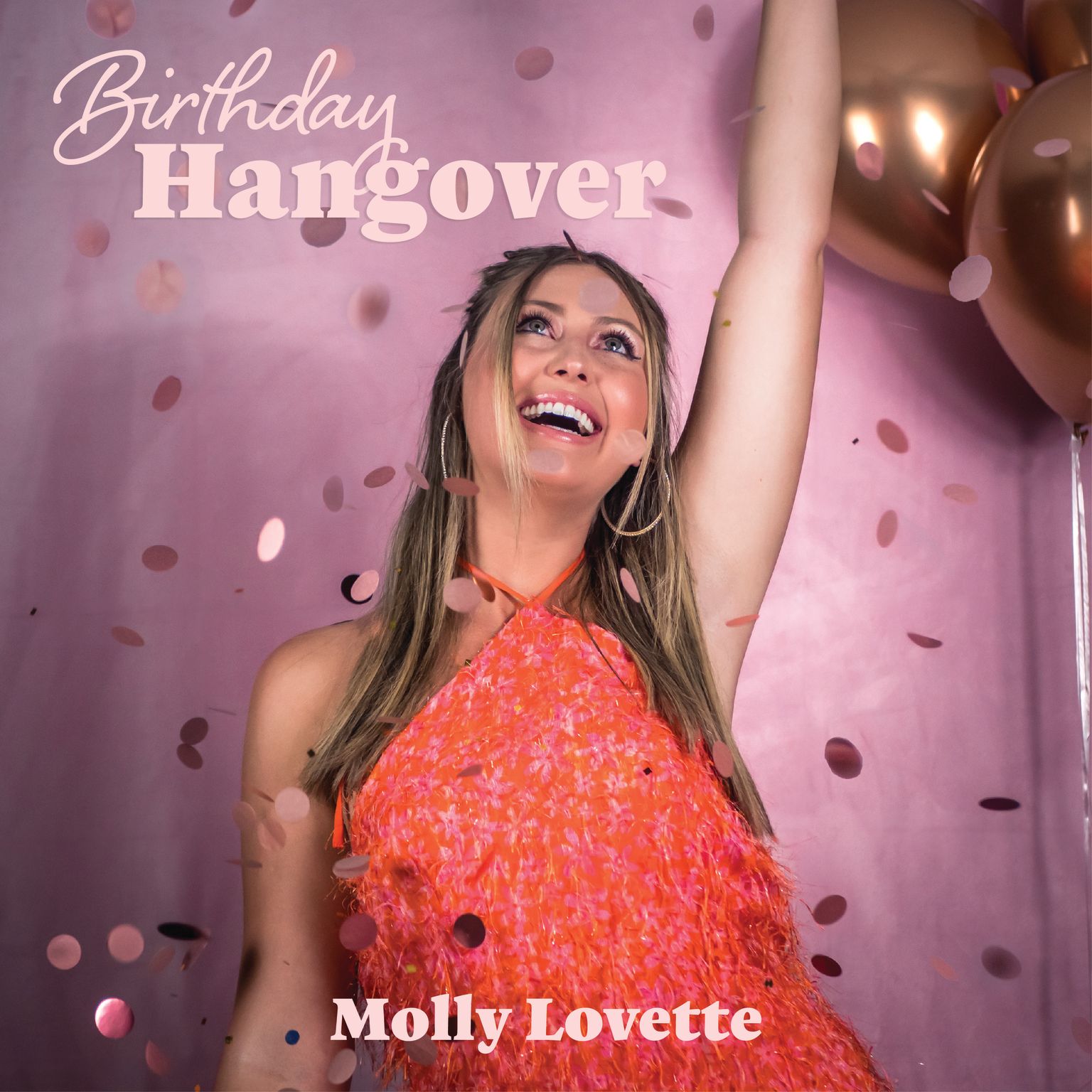 Country sweetheart Molly Lovette is listening to her fans and giving them what they want. Her song Birthday Hangover quickly became a fan favorite and a recent staple of her live show, but until now, it has not been available for streaming. Due to the overwhelming response, she decided it was time to get in the studio, lay down vocals for it, and officially release it. Birthday Hangover is now available on all digital streaming platforms including Spotify, Apple Music, and more.

With every single release uncovering a new side of Molly, Birthday Hangover proves that every artist needs their very own fun, drinking song. Whether it’s sipping on bourbon, champagne, or wine, everyone will have their own favorite birthday memory. This song, which Molly co-wrote with Allie Roar and Brooke Hatala, paints a picture of just having a good ‘ole time on her birthday. It’s the feeling of making memories, living life, and celebrating at that moment.

“I never expected this song to become so popular and the most requested from the fans,” says Molly. “It was just this light-hearted song we wrote after my birthday weekend. The next morning, I listened to the demo and knew this would be a really fun song to sing live. I’m so excited for everyone to finally have the song to stream anytime they want. I hope this one makes you smile, dance, and helps take the edge off things.”

With over three-quarters of a million streams just on Spotify, TV appearances, endless press interviews, radio placements both national and international, music videos airing on The Country Network, a Forbes feature under her belt, and so much more, Molly is taking the world by storm and winning the hearts of country fans everywhere. She also received recognition and was honored from her home state of Missouri, on behalf of Governor Michael L. Parson, for her endless dedication to her craft and for being a role model to her fans.

Honest lyrics and an unyielding passion to create real music make up the vibrant country artist that is Molly Lovette. This St. Louis native has combined her childhood love of country music with her talent for writing relatable lyrics to create a mature and refreshing sound within the country genre. With musical
influences including Taylor Swift, Maren Morris, and Carrie Underwood, Molly embodies the beauty, power, and grace her idols have so effortlessly portrayed to their fans. Growing up in a household where music was always playing, Molly took piano lessons at a young age and in high school was taught how to play the guitar by her dad.

It turns out, that learning guitar was the inspiration she needed to start writing her own music and she hasn’t stopped since. With numerous singles under her belt, nothing is holding her back from capturing and captivating country music fans across the globe.