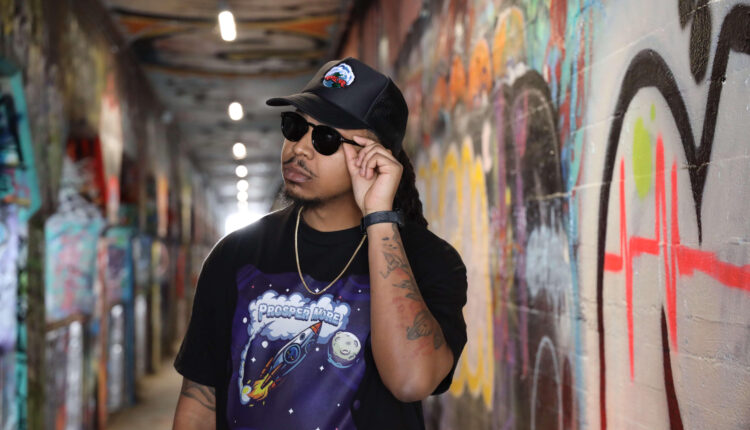 Maverick Christ Shares New Single “Ocean Current”: Atlanta rapper Maverick Christ has released his new single, “Ocean Current”. The rising independent rapper has been going from strength to strength since bursting on the scene a few years ago and has had an impressive start to 2022. His previous release, “Moving Light Speed”, has already accumulated 100,000 streams on Spotify alone after only being released a few weeks ago. And sure to capitalise on his growing momentum, “Ocean Current” looks set to be another success.

“Ocean Current” highlights several assets of Maverick Christ that make him stand out, such as the uniqueness of his voice and ability to vary his flow while sitting right in the pocket of each beat. When combining his dynamic and versatile cadence with his insightful and introspective lyrics and a hard-hitting trappy hip-hop beat, “Ocean Current” makes for a great listen.

Speaking further on the new release and how it came about, Maverick says: “I was by the ocean and thinking of many things that I’ve overcome on my way to this point. In the lyrics, I say: ‘Current heavy can’t deter it feed it watch it grow / Invest my time in getting stronger flexing and it shows.’ The track is about overcoming obstacles and investing your time in the things that make you grow as a person in all ways and letting people know where you came from and what you’ve overcome. It’s lifting yourself up and building and riding your wave no matter what anyone says or who tries to stop you.”

With such a strong start to the year and with no plans of slowing down anytime soon, expect to see and hear a lot more from Maverick Christ in 2022. He has more singles lined up for release and undoubtedly will be one to watch. “Ocean Current” is available to buy/stream now on all platforms: https://hypeddit.com/maverickchrist/oceancurrent.

Maverick Christ is an extraterrestrial being sent to guide, spread light, love and motivate through music and the lifestyle brand Prosper More. Maverick Christ was born in the east side known as Spanish Harlem, New York City and raised in Atlanta, GA and he moved throughout parts of GA as time passed.

Some early influences in music were artists like Pharrell and Kid Cudi. Maverick Christ got his start early in music while writing poetry as a child and then later going into the band during school and playing multiple instruments. This led to Maverick recording his first songs at 15 all while making production on the early software program Fruity Loops.

Later, after a hiatus to step back and build, Maverick Christ was born and reinvented with a new studio space to call his own and a production team to run the brand that was created. Maverick Christ created the lifestyle brand Prosper More as a catalyst to push all of the things he has learned through his growth and time living so far.

Maverick Christ’s musical artistry can be described as a unique and rare floating ambiance of resourceful information and motivation over vibey beats. The ultimate goal of Prosper More is to create a worldwide family of positive beings through the gifts that God has given to us all. Maverick Christ is bringing something to the world and culture that is needed and will leave a legacy long after he is gone.