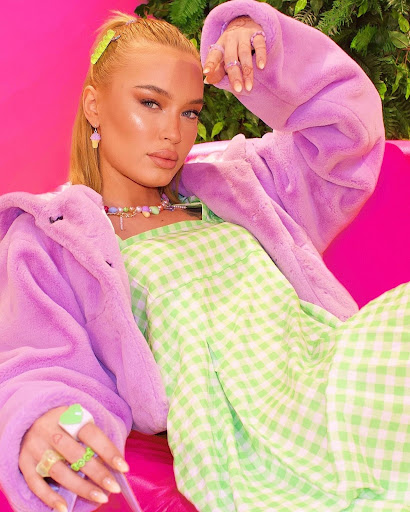 23-year-old upcoming singer and songwriter Lillie-Jo is a multi-faceted talent born and raised in Inslington. Since making her debut last year, Lillie-Jo has accumulated over 20,000 streams across Spotify alone from her unique blend of R&B and Pop releases, which are all self-written alongside Dmode Music founder and former Blazin’ Squad member Marcel on production. Now awaits a fresh single from the rising star, as May welcomes the arrival of ‘TBH’ – a no nonsense and heartfelt addition to her growing discography.

With its stripped-back beats, tight vocal harmonies and R&B influences ‘TBH’ sees Lillie-Jo produce a hearty, chilled single that is destined to resonate with listeners. The track is immensely mellow and dreamy, and was freestyled and recorded in 45 minutes, but is not to be downplayed by the powerful lyrics and impressive vocals from Lillie-Jo.

“TBH is about a guy, who was a little obsessed and I wasn’t half as interested in him as he was in me. The person who the songs about knows the songs about them I think, I played the song in a live and he asked if it was in my live and I didn’t say it was I just said “why does it sound familiar”! I’m still very civil with him but I don’t think he’s exactly gonna wanna be my best friend after this.” – Lillie-Jo