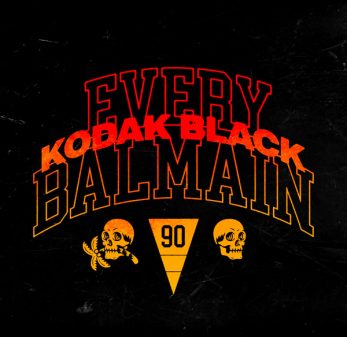 Just in time for Super Bowl weekend, Kodak Black is back with his new song “Every Balmain.”On his second post-prison drop, the pardoned MC raps about the new Pomeranian puppy he bought his girlfriend, his love for Balmain (“I got every Balmain top”), and shouts out Tom Brady, while reflecting on post-prison life.

“Every Balmain” was released to celebrate the Tampa Bay Buccaneers vs. Kansas City Chiefs in Super Bowl LV this Sunday. Both Kodak and Buccaneers linebacker Jason Pierre-Paul are from the Golden Acres projects in Pompano Beach, Fla., and both are of Haitian descendent.Stream, download and share beneath.