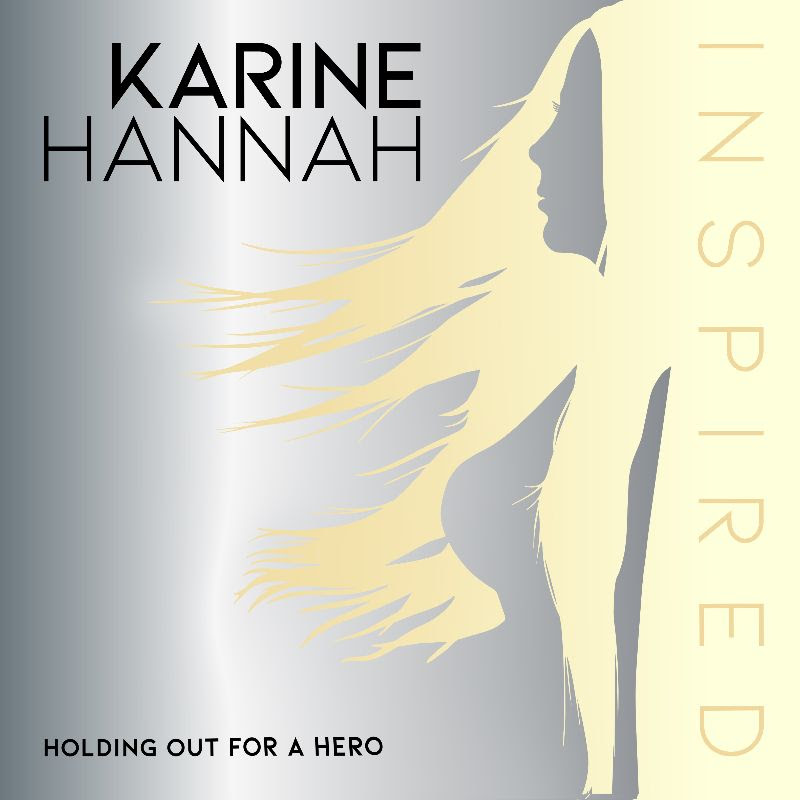 Karine Hannah proves once again the power within a power ballad in her forceful 80’s re-imagined covers of Bonnie Tyler’s classic “Holding Out For A Hero” written by Jim Steinman and Dean Pitchford. Karine recorded this song as a tribute to Jim who recently passed away. Karine Hannah was previously signed to Jim’s record label with Sony Music Group.  Their relationship was built on a mutual love of each others work.  The new singles dropped today on all streaming & download platforms.  The second version features “spoken word” references that fans of Jim Steinman and Karine Hannah will celebrate. Karine nods to a previously released fan favorite single (Braver Than We Are – 2017), written by Steinman and recorded by Karine Hannah.

“Holding Out For A Hero” is an empowering song written by legendary songwriter Jim Steinman, who I’ve had the privilege of working with and recently passed away. It’s in tribute to him.” – Karine Hannah

Karine’s iconic smoky and bold vocals bring these classic lyrics to life, and strips away the synth by using a gorgeous flowing piano and light strings to move the instrumentals. Once the bridge hits, the instrumentals build by adding driving percussion, angelic yet eerie background harmonies, and a heavier piano line. As the chorus returns once more, the instrumentals lighten back up, which brings us back to focus on the yearning of Karine’s tender voice. Overall Karine’s cover for “Holding Out For A Hero” gives us a new taste of this timeless plea, allowing us to slow down and truly hear the lyrics cry.