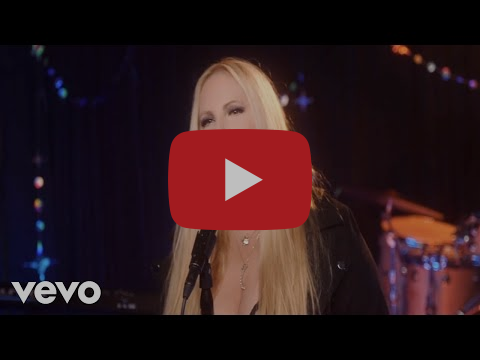 New York-based recording artist releases a stunning music video of Def Leppard’s “Hysteria.” Karine Hannah’s “Hysteria” music video is the perfect accompaniment to a vocally powerful track. Hannah stands tall at the microphone and sings her heart out. The muted blue and orange lighting add a certain peacefulness to the track. As the video continues, it perfectly complements the song’s atmosphere by keeping it simple and ‘raw,’ giving more emphasis to Karine and her voice. Furthermore, the video also transports the audience into a concert environment, making them want to experience this song in person.

“I think that the best response I can give you about Hysteria is that, yes, part of the reason that it means so much is that I recognize that my producer Josh Harris and I have created a fresh take on this 80’s Def Leppard monster hit. But also, I was not familiar with this song when my producer suggested it to me, and I didn’t realize that once I produced my vocals and heard the finished song how impactful it was going to be to me. I can relate to the lyrics, and the sentiment of the song at the time that I recorded it fit perfectly with the emotions I was feeling at that time.” – Karine Hannah

As Karine introduces her vocals in the song, her music video also changes to present the images in color, which makes a perfect analogy to how Karine’s voice can brighten people’s lives. Moreover, these changes also help draw attention to her music video, as it gives the audience something unexpected.

As the video continues, it perfectly complements the song’s atmosphere by keeping it simple and ‘raw’, giving more emphasis to Karine and her voice. Furthermore, the video also transports the audience into a concert environment, making them want to experience this song in person. The lower lighting with a focus on Karine, makes the music video aesthetic pleasing, as it doesn’t overwhelm the audience with information, which matches the song’s energy.

Karine Hannah has managed to find much success in the pop music realm. She has received many accolades throughout her music career. For instance, at the age of sixteen, her performance on a Canadian television show caught the eye of none other than Celine Dion. The world-renowned diva then went on to ask Karine to perform at her wedding.

In 2014, Karine signed a record deal with Nikki Minaj’s label, Cash Money Records. Their partnership kicked off with Karine’s incendiary debut single “Burning Up,” co-written and produced by Josh Harris. It climbed all the way to number 5 on the Billboard charts. Her next single co-written by Michael Jay called “Victory” which landed in the top 10 on the Billboard charts.

“Still A Child” By Kel Adore