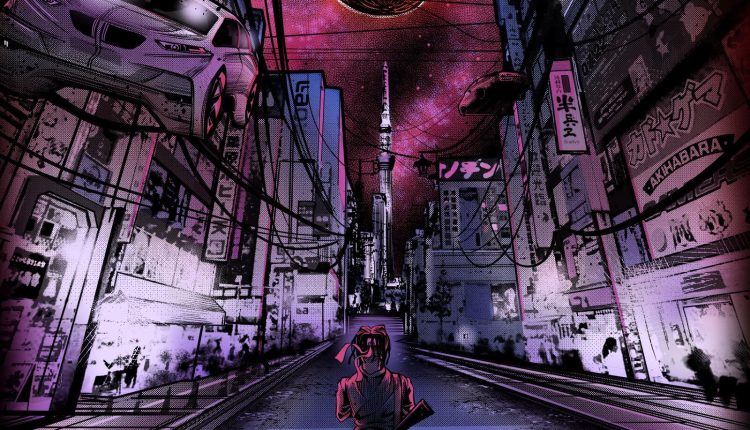 Jupiter Grey Shares Debut Album Fires on the Moon : Rising UK alternative R&B artist Jupiter Grey has unveiled his debut album Fires on the Moon. The album arrives following much anticipation stemming from previous singles “Is It Ever The Same”, “From 80’s With Love” and the album’s title track. Having garnered critical acclaim for his unique sound, Jupiter looks set to continue his remarkable rise and break new ground with this first full-length project.

Sonically, the album is in line with what fans have come to expect from the London-based artist. It fuses experimental alternative R&B sounds inspired by Jupiter’s love of the ‘80s while also incorporating modern and futuristic touches, which makes for a fascinating listen across the album’s 19 tracks, including focus track “Sanctuary of Silence”. Packed with Jupiter’s smooth vocals, irresistible toplines and impressive lyricism, the album shines the spotlight on an artist with a glittering future and a lot to offer.

Speaking more on the album, Jupiter says, “Fires on the Moon is about purpose and belief in yourself and knowing your calling. It’s the first instalment of a three-part trilogy I’ve been working on and is inspired by my love of the ‘80s and my origin story of Jupiter Grey.

The whole album is produced by VaugeEightySix, who at the time of me wanting to create this album, had quit music. My inspiration and plan for the album inspired him to want to produce this concept for me. The process of making this project has been amazing and truly a blessing.” Fires on the Moon is available to buy/stream now on all platforms: https://ffm.to/firesthealbum.OPR.

Jupiter Grey is an emerging London-based singer whose journey in music began at the age of five while singing in church. Pursuing music in his adulthood, he has since developed his own individual style, having been inspired by synthesisers, futuristic ambient sounds of the ‘80s and the modern, raw edge of ‘90s hip-hop. Blending these sounds with soul, indie rock and pop, he has impressively carved out a unique experimental R&B sound.

His mission? To bring this sound to the mainstream and introduce a new audience to the development of R&B. Also inspired by high fashion and Japanese anime, Jupiter intends to show the world who he is through these two cultural elements and illustrate how they inspire his image, brand identity and lyrical content.

Jupiter also has a love for performing and songwriting, which he developed as a former member of two R&B groups that gave him the opportunity to perform throughout Europe, and he’s hoping to bring his solo stage show to the masses following the release of his debut album, Fires on the Moon, which is out now on all