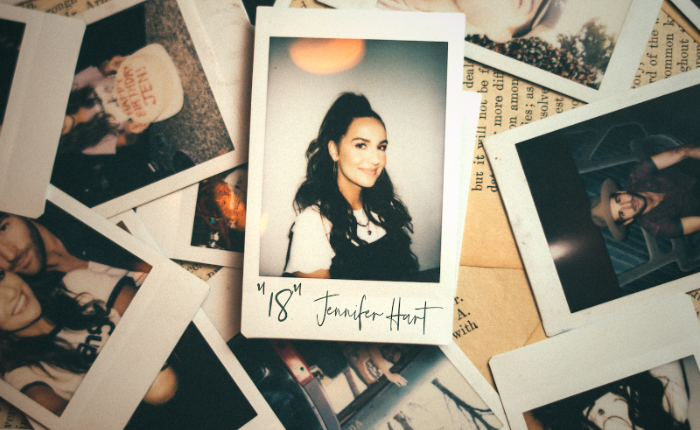 Nashville singer/songwriter Jennifer Hart is excited to release her brand-new single, “18”. Fans can stream “18” HERE and check out the exclusive premiere of the lyric video via Taste of Country today. Jennifer will appear live on KTLA-TV (Los Angeles) today, Friday, August 5.  In Southern California, fans can watch at 1:40pm PT on KTLA Channel 5 or stream “Music Fest Friday” live on KTLA.com and the free KTLA+ App on Apple TV, Roku & Amazon Fire.

Co-written by Jennifer along with hit songwriters Paul DiGiovanni (Dan + Shay, Justin Moore) and Derrick Southerland (Carrie Underwood, Ingrid Andress) and produced by Brandon Hood, “18” is the first single from her forthcoming debut EP, 1992, set to release on September 30, 2022.

Aptly named 1992, the year Jennifer was born, and released around her 30th birthday, the EP features five brand new songs along with a reimagined version and original cut of her viral hit, “Half The Man.” 1992 introduces Jennifer as a country songwriter whose music mixes the classic twang of her ’90s influences with modern moves.

“My parents filled the house with ’90s country songs when I was young,” she remembers. “My dad would sing ‘The Dance’ by Garth Brooks to my sister and me every night before bed. We all loved that kind of music. It’s the way we bonded.”

Stocked with honest, organic, autobiographical songs from the heart, the seven sides, all co-written by Jennifer, share her roots, struggles, and successes. She teamed up with producer Brandon Hood for 1992, creating music that leans toward the countryside of the country-pop bridge, blending pedal steel, mandolin, and other traditional textures that compliment Hart’s contemporary writing.

“This record is my life,” says Jennifer. “It’s me. It’s very honest. We are intentionally releasing 1992 right before my 30th birthday, because it marks a real milestone in my life. All of it just feels like it’s supposed to happen at this time.”