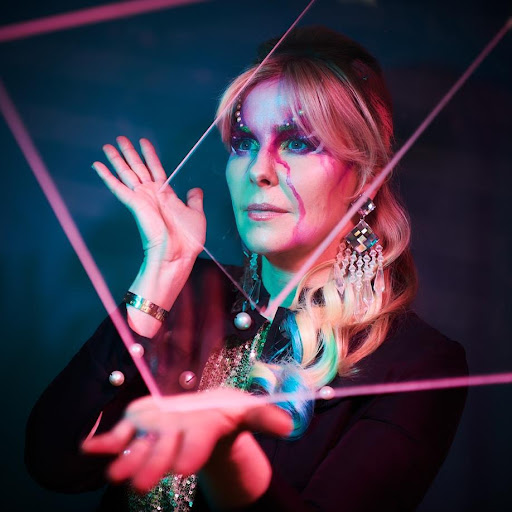 Heidrunna soars back to her Icelandic roots in symphonic dancefloor filler ‘Cindy’.Taken from her debut album, the vivacious ‘Cindy’, emits a charming confidence with Heidrunna taking the mic in her native language, bringing her glistening Icelandic vocals to the forefront.

“It’s a homage to the one and only Cindy Lauper ‘Girls Just Wanna Have Fun’” says Heidrunna. “Exactly who I was dancing to in my kitchen whilst writing this song.” Heidrunna’s musical heroes include the likes of Blondie, Cindy Lauper and a string of badass pop-punk icons who empower women through their music.

Drawing influence from old school pop songwriting, the forthcoming album Melodramatic is the result of Heidrunna’s adoration for classic hooks and greatest hits records. Simultaneously, she sought inspiration through the likes of Beach House, Charlotte Gainsbourg, Lykke Li, Vanessa Paradise and The Weeknd to uncover the sonics she would soon utilise for her bold introduction.

Honest and sincere, Melodramatic encapsulates Heidrunna’s beguiling aura in the space of ten exceptionally crafted electro-pop jewels. Onboard for production is Liam Howe, whose portfolio includes Lana Del Rey, MARINA, FKA twigs and Ellie Goulding. With Melodramatic, he and Heidrunna have rewritten the guidebook, conjuring up the kind of impenetrably-authentic ‘80s backdrop that you’d be hard pushed to pick out in a line-up of the finest electronic albums of an era it seeks to emulate and acknowledge in equal measure. Album artwork and single covers were designed by fashion illustrator Julia Verhoeven who has had works widely exhibited including showings at the V & A and The Hayward.

‘Melodramatic’ will be available April 21st 2022