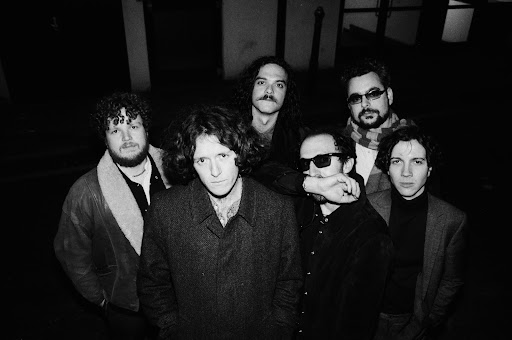 “Tunnel Vision is defined in the dictionary as “defective sight in which objects cannot be properly seen if not close to the centre of the field of view.” We all make choices everyday, it’s difficult not to get caught in the trap of taking a narrow minded view and arriving at unforeseen consequences. However, this song is about something else… Patricia Highsmith mainly,”  Ballin’ Jacks share.

The new release follows on from their first single of 2022, ‘Life’s A Gas Leak’, which earned the band press support from acclaimed publications such as Clash Magazine, Psychedelic Baby Magazine and Turtle Tempo.

Ballin’ Jacks really started in 2014 and spent around 4 years gigging around London building up a strong following and even played slots at Glastonbury Festival and Latitude Festival. Since then the band have endured many obstacles, including Brexit and a global pandemic that resulted in multiple changes to their line-up.