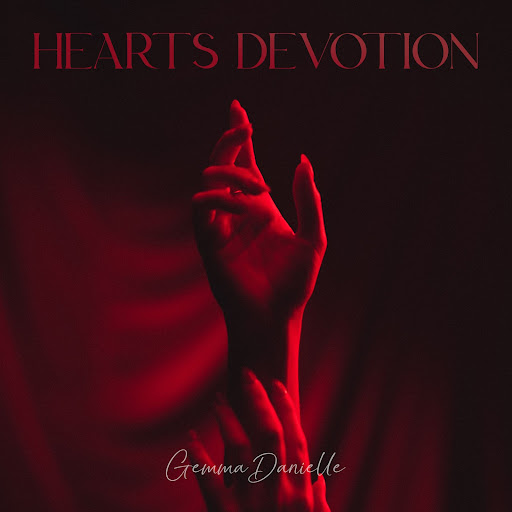 Nottingham based artist and songwriter Gemma Danielle reveals exceptional single “Hearts Devotion” The single is the title track to her soon to be released debut, and it infuses electronic pop with a jazz-ballad front. Inspired by heartbreak, the record is raw and everything you’d expect from a songwriter destined for greatness. Featuring composer Jessica Roch (Sky, Channel 4, BBC, MTV, ITV), leading single ‘Hearts Devotion’ oozes with talent.

Speaking about the enchanting new single, Gemma Danielle shares, “Hearts Devotion is a song deeply personal to me. I wrote it when I felt defeated in these feelings of love for someone. I was trying desperately to fall out of love but my heart couldn’t seem to let go. As the song builds it reflects my internal battle of wanting to be released from my own heart ache and it almost cresendos to a call out to “release me” and a desperate attempt to escape the strong feelings. I’m most proud of this one because I feel I express the truth of that pocket of time and I’m in love with the music score Jessica Roch created to it.”

Poetic and melancholic, ‘Hearts Devotion’ is a spellbinding offering that could leave Gemma in the same vein as music greats Sam Smith and Adele. Across the six tracks on the EP, Gemma takes us on an upbeat and heartfelt journey that leaves fans gaining perspective and moving forward with hope and empowerment.

Born in the UK, Gemma spent the majority of her teenage years living in Switzerland. Gaining support from BBC Introducing and peforming at Ronnie Scotts, Gemma is clearly stating she’s one to watch.