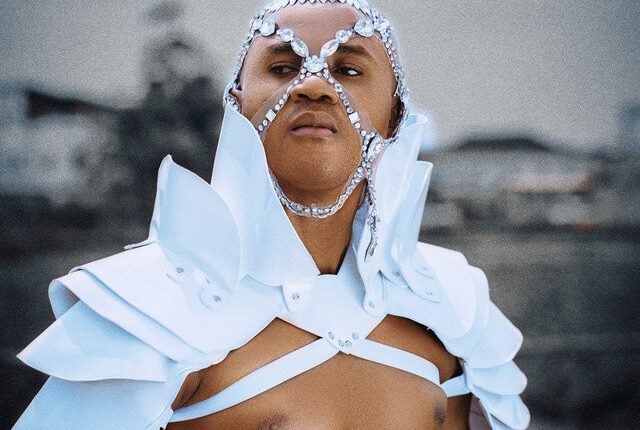 Fast rising talented Nigerian  singer and songwriter Uwaifo Williams Aituae, popularly known as ZeXzy, is already making name for himself with his unique sound and great music prowess. ZeXzy has been a force to reckon with since getting on the Radar of Maple Grove Entertainment, a Canadian based record label that he is currently signed to. Born and raised in Benin City, Nigeria, and now based in Lagos, ZeXzy has made his huge music debut and has returned with a new single dubbed “Obsession” featuring Natasha Gartner.

Speaking on the release of his new single “OBSESSION”, ZeXzy says, “I have always wanted to make a track about a girl who’s obsessing over a guy. I had this experience where a girl in my class would stare at me non-stop, and my friends would tell me, ‘look this girl never stops staring at you.’

Since ZeXzy, came into limelight last year he has gone on to chalk up massive achievements, by accumulating millions of streams, including two million streams on Spotify alone for his hit single “My Mind” .Motivated by the goals he has set ahead ZeXzy, have been inspired by the likes of 2Pac, Jay-Z, Bryan Adams, 2face Idibia, P. Diddy, Lionel Richie, Phil Collins and a host of other great artists.

In this interview with SPINEX MUSIC, the singer speaks more about his music career, future plan and signature sound. Check out the interview below and be sure to stream “OBSESSION” afterwards

STREAM “OBSESSION” BY ZeXzy LAURENDI BELOW

Describe your music journey, how did you get into music, and how do you keep up with
the business of music today?

My music journey has been very “bumpy”, if I must describe it with one word. I started out singing in my high school choir.  It wasn’t long till I became the greatest tenor singer in the whole school. My pitch was so high, soon I was singing female songs and singing them pitch-perfect. Sadly, I lost my singing voice. What started as catarrh became a protracted nose blockage that refused to leave. The condition was later diagnosed to be Rhinitis. I had two nasal surgeries, all to no avail. All through those times my voice was lost, I would write songs I knew internally I could sing but my nasal blockage just wouldn’t let me. It took about 15 years to attain some level of recovery to be able to hit the studio again and start my career officially as a recording artiste. I got signed to Maple Grove Entertainment, April, 2021.

* The music business is fast evolving. There used to be a time when your song had to be on mixtapes in Nigeria to blow-up, it’s no longer so these days. One has to have a song that’s trending on social media to be able to say you have a hit in your hands. So I have had to adapt my style to suit the kind of songs people would like to use for different contents. Of course, I still do songs from the heart and not let TikTok or any social media app determine what I sing. it’s just that, now I try to walk a fine line to strike a balance between making songs that would appeal to social media users and songs that would touch the soul.

Tell me about your latest single ‘obsession’, and the story behind it?

My new single “Obsession” came to me whilst talking care of my father in the hospital when he took ill late 2021. It was 5:42am on the 3rd of December, 2021, and the tune just came rushing into my head. So I quickly took my phone and recorded a voice note. Later that day, I listened to the voice note and knew I was on to something great. So I got to Lagos and started working on it with my label mate Lifash. He started working on a very dark beat and I just kept moaning on the beat and it sounded nice and unique. We then contacted the producer “Cracker Mallo”, who met us at a hotel and came with all his devices late at night.

We worked on the beat till morning. I had an RnB verse written down and that morning I had told the team I wanted to quickly use the bank. I came back and heard a ragga verse on the song and was wondering where that came from. I was told Cracker Mallo had sang a verse which blended so well with the chorus. Dr. Lou (My C.E.O) came in and really liked the blend between the verse and the chorus. He was stuck on it and just preferred I performed it the same way as Cracker’s. We eventually arrived at the conclusion that we would keep my verse for a remix much later. After much sampling of opinions, everyone seemed to like the Cracker’s verse so we kept it.

I recorded my part in Nigeria, we then sent the beat to Natasha Gartner who’s by the way a Russian-South African living in South-Africa. She did the chorus and sent it back to us. It took about four different takes from her for us to get the one that really suited the song. it was then sent to Langi in New York to mix and master it. Langi had 8 different mixes and on the 9th one, we had hit the perfect mix, so he mastered it at that point.

What is the biggest challenge you face in your career right now?

The biggest challenge I’m up against now is finding sincere people who would tell you “this is it” and it stays that way. Honest people are so hard to find these days.

What motivates you, and how do you think you can best achieve your goals?

I’m motivated by the goals I have set ahead of me. When it seems like I’m slipping, I take a look at the dream board in my head and tell myself “I gotta do more”. Also people who have told me I can’t make it or have insinuated so, push me to not stop. This is because I’m very competitive and like to always come tops when I’m challenged. I’m very sure that if I keep my focus on the targets I have and try my best to attain them, then I should be good and hopefully hit that legendary status in the nearest future.

How do you compare and contrast your own music style with Nigerian contemporary
music?

Well, the thing about me is that I’m an eclectic musician who juggles different genres of music. So the contrast between me and other contemporary Nigerian acts is that you can’t catch me repeating vibes. I switch things up with every song while other artistes try to just maintain a particular style/sound. So I can do what most Nigerian acts do, which is; use our cultural sounds to make good music. It’s just that it’s hard finding my contemporaries attempt successfully at making a hit with another culture other than ours, which I can do effortlessly.

How do you conceptualize your schedule for creating new music?

There’s no schedule for the creation of music for me. I could be doing my laundry and a tune hits me, I have to leave those clothes and get to my phone to record ASAP. Then on any given day I could be scrolling through my voice notes and come across an interesting sound and pick a pen to write the song in full. So there’s no particular time I write, it just depends on how the higher force of inspiration dishes it to me.

When was the first time you felt great about yourself as an artist?

The first time I felt great about myself as an artiste was when I rebranded to become ZeXzy from Williepro – a name I used to bear. I told an OAP my name was ZeXzy and he said “hmmm! I like the sound of that name, it has a great ring to it”.

Have there been any other musicians in your life who have helped shape your music style?

My musical influences are quite broad. I love Classical, Hip-hop, RnB, Rock’N’Roll, Afrobeats, Jazz. As long as the music is the best of its genre, then it’s bound to inspire me. I have been inspired by the likes of 2Pac, Jay-Z, Bryan Adams, 2face Idibia, P. Diddy, Lionel Richie, Phil Collins and a host of other great artists.

What factors have helped and hindered your success as an independent artist?

The major limiting factor for most artistes is the human and financial resources to make their dreams come true For years I wanted to work with great producers and music video directors, but it was all wishful thinking when I had no money. Until Maple Grove Entertainment signed me and started investing heavily on good production, I couldn’t really be at my best.

Another major problem was when I didn’t have the industry connect and met with a lot of dishonest people who would tell me they would do this and that but never delivering on their promise. Fast-forward to today, I have a dedicated team who does different things to see that the music is good and well marketed.