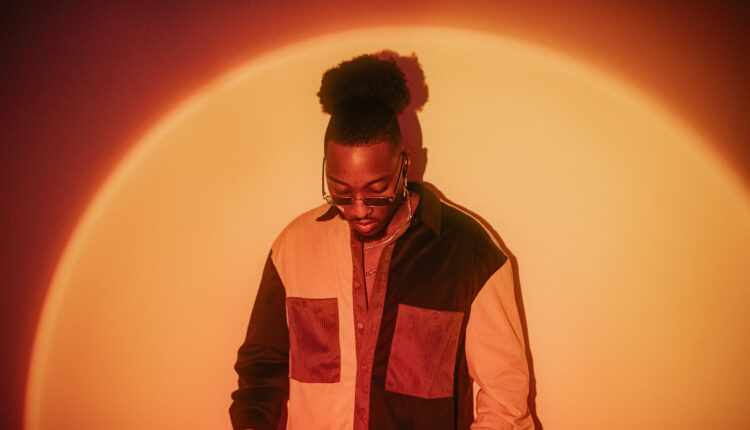 VVEST is an artist, producer, songwriter and label owner based in West Lawn, Pennsylvania. He’s produced tracks for many greats including iconic singer-songwriter Prince – who deemed him as ‘very talented’ after working alongside multi-faceted artist Danileigh. This February now welcomes the arrival of his captivating new release ‘Bad Move Baby’ to lead up his ‘Player’ single.

‘Bad Move Baby’ opens with the stylish vocals of VVEST as we see engaging rhythmic patterns and rapid-fire rapping combine with expressive horn lines on this blissful and standout performance. VVEST reveals a magnum opus party tune with hints of exploration through bold basslines, sharp beats and bright lines to have listeners replaying every time.

“Bad Move Baby” is about a “situationship” between two people that were meant to be kept a secret. Homegirl caught feelings and got too excited. Now she’s running about sharing our business (in hopes that it makes us seem like we’re together officially to other people). To me personally, this song means a lot. When producing it, I wanted to get away from all the trap drums and sounds I usually use and use live instruments. Also, a big thing for me, when writing the song, I wanted to avoid using cuss words for many reasons. Most of the biggest hits in the world don’t have cuss words. And being that I just had a kid, I want kids to listen and enjoy the song.” – VVEST

In an exclusive interview with the singer he shared some interesting things worthy of note about his music journey and his latest single “Bad Move Baby”.Check out the interview below and be sure to stream “Bad Move Baby” afterwards.

❖  What’s up VVEST, tell us the idea behind the release of “Bad Move Baby”?

My idea behind the release was to show the world something different. As an urban artist, it’s easy to fall into the trend of typical trap drum style beats. I wanted to stay away from that while still keeping that urban feeling. By using live instruments, and keeping the song clean, I felt I accomplished what I was going for.

❖  What is the message & meaning of your song title “Bad Move Baby”?

The message of the song is some people around you will spread your business for clout. They spread news about you just to show people they know you or they’ve been around you.

❖  How would you describe ‘Bad Move Baby’s’ sound to someone who is unfamiliar with funk?

I would describe the song as Funk Hop. A mixture of old school live instrumentals that make you move, but instead of an iconic singer like Michael Jackson or Prince singing on it, you have a kid from West Lawn Pa rapping on it haha

❖  How did you start listening to funk? Who are your main influences? Why do you love or dislike their work?

I’ve been listening my whole life. All the greats like Earth Wind & Fire, Michael Jackson, Prince, Aretha Franklin, Minnie Riperton etc. Their songs are CLASSICS, that’s why they’re still being spun till this day. They’re in movies, tv shows, restaurants, grocery stores, clothing stores, literally everywhere. And that’s where I want to be. There are current artists that are in that realm too. Bruno Marz does a really good job with that. Kendrick Lamar with “To Pimp A Butterfly”. The Weeknd sometimes hits you with that style as well. That timeless sound of live instruments, with very little vocal processing and for me, no cuss words, is always a winner in my book.

❖  What was the role of music in your childhood? What were some memorable moments that influenced how you viewed music and its important role in society?

My mom was very happy and proud that she didn’t drink or smoke. She would always say, “I don’t need any of that stuff cause music is my drug!” And then she would proceed to put on some Haitian Kompa and dance. That didn’t change my whole life and she’s still like that till this day…except now she’s dancing to my music 🙂

❖  How do you feel with the way the music industry operates these days and what do you think is really holding back the industry from a wide appeal?

The music industry in its current state is trash. Now a days people care more about the drama that surrounds a persons life than the actual music. Or the label will pump money into a one hit, squeeze all they can out of you, and if you can’t deliver again, they shelve you…until you go viral for something that has nothing to do with music. Now a days it’s, “Did you hear that he/she broke up with so and so after 5 years of dating?” Like who tf cares?? How does their music make you feel? I think what’s holding it back is the glorification of drama and not the message or art.

❖  Which music artist would you like to collaborate with to share your music if given the opportunity?

Big artists. Beyonce, Ed Sheeren, Bruno Marz etc. Any big artist that uses a live band and vocalists with everything. I’ve always loved the idea of performing in an arena and not just hitting play on a track and rapping / singing over it. I want there to be so many talented people with their voice or instruments involved to make magic happen.

❖  What’s the best advice you can give to a new artist trying to make it in the music industry?

By trying to fit in you lose yourself in what already is. By being you, you already are what isn’t. And that is what people are waiting for. They are waiting for what hasn’t happened yet. Which is actually you in your natural state. There’s a reason your mind works the way it does, don’t fight it. Express yourself truly.

❖  What is your strategy for pursuing your goals?

When I get a “no” I delete it from my mind and keep pushing. Opinions of others can destroy your vision.

When I get a “yes”, I celebrate it no matter how big or small. I’m grateful for every single victory.