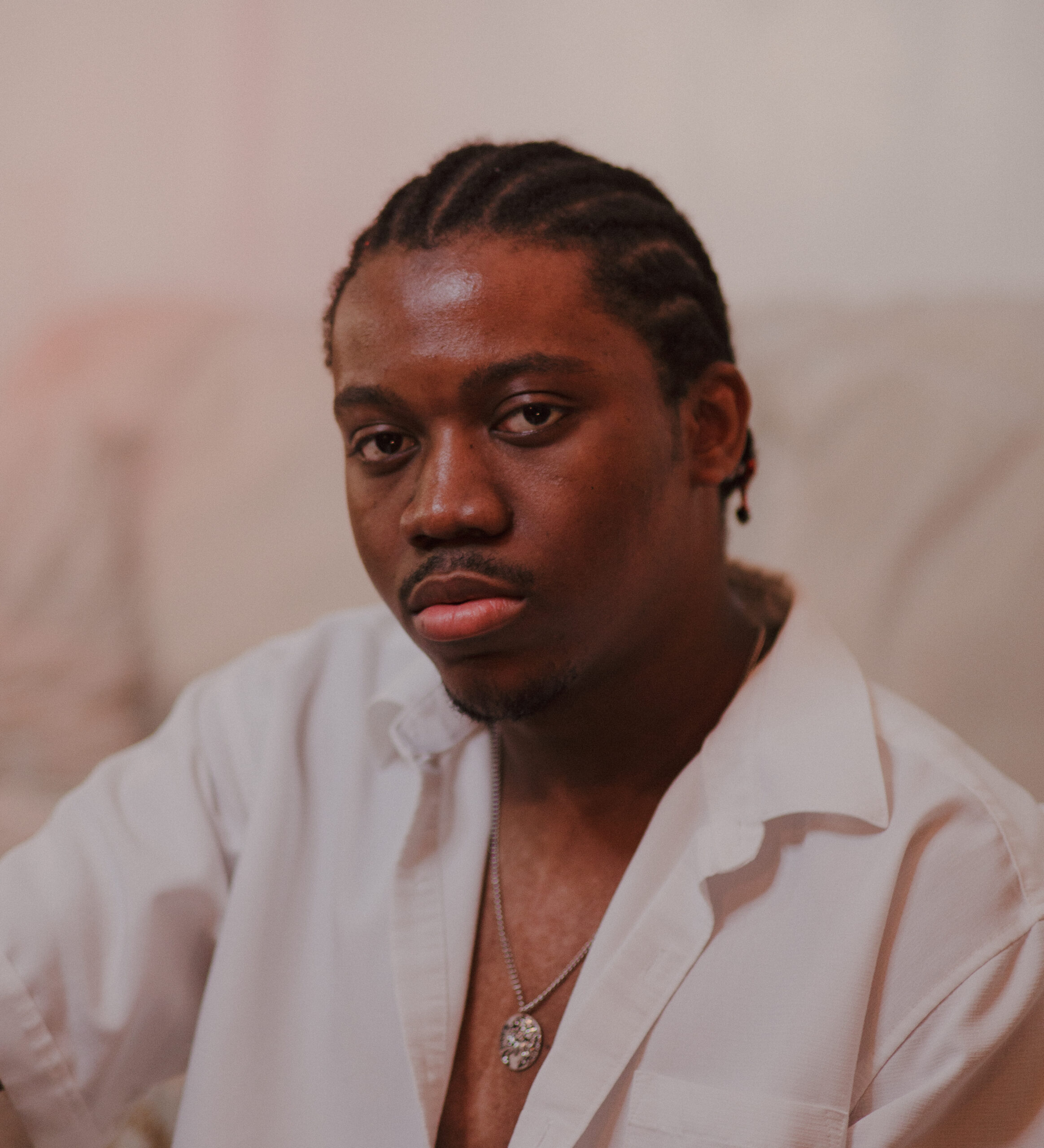 Hailing from Jos, Banggz already sounds like a seasoned pro in his newest single, hinting at this musician’s expertise when it comes to producing music. Banggz has already gained an impressive amount of performance experience in Ottawa after playing a variety of shows, and this experience, as well as his innate ability to tell a story, helped to create the confidence that “Who’s Gassing Who?” exudes.

Now, returning with “Who’s Gassing Who?”, Banggz showcases the crafty and mature songwriter he has become. Speaking more on the release, Banggz explained: “‘Who’s Gassing Who?’ is a question I ask myself often. There are so many approaches that musicians take to make their break. This song is me being confident in my genuine approach as opposed to searching for a quick buzz. I want to know if my perspective is valid or not. Who’s gassing who?”

Banggz has gained performance experience in Ottawa by playing shows such as Twelve07 Live (a headline show for his collective, Twelve07), afro pick (a headline release event for a single), The Lemon Curd (Lagos), Zone, Homelan, The ISC Gala and Asuquomo’s Ghosts. He has also opened for Nigerian artists like WizKid, Falz, Lady Donli, and YCee. Currently, he’s on a tour called CRUIZE CNTRL alongside KAR33M, Belema and Chyme.

Banggz looks to 2022 with positive energy as he is set to be a huge year for the young singer and songwriter. With his sights set on the stratosphere we’re expecting big things from Banggz this year. We caught with the singer to learn more about his music career and his latest single in an exclusive interview. Check out the interview below and be sure to stream “Who’s Gassing Who?” afterwards

STREAM “WHO’S GASSING WHO?” BY BANGZZZ BELOW

❖ What’s up Banggz, good to have you on this interview. How do you most typically come up with your music ideas?

Thanks for having me. Music has been a part of my life for as long as I can remember. I can’t run away from it if I tried. I just usually need to figure out the things I want to say in a song and the rest comes naturally. It’s a process I’m grateful for.

❖ Define Nigeria as a country and tell me something you like about it as your country of Origin?

Lagos, Nigeria is home. It’s beautiful in all its sociopolitical imperfection. Lagos taught me how to survive anywhere in the world. Unfortunately, it didn’t prepare me for harsh winters. The coolest thing about Nigeria, to me, is the number of creative kids defying the odds and breaking norms through music, visual arts, skateboarding, fashion, and so on. We’re kind of killing it.

❖ What was the process of writing and releasing your latest single like?

‘Who’s Gassing Who?’ Is one of those songs that were made fairly quickly. I did it all in under 24 hours. After I made the instrumental, I knew I wanted to talk about some challenges I’m facing for caring about the music first and foremost. I also knew I wanted to sound really, really fly while saying them.

❖ What are your proudest achievements in your career so far?

My last single ‘afro pick’ was an organic success. I hosted a release event for it with my friends and a lot of people came through to watch me perform. That was pure ecstasy. The ‘Who’s Gassing Who?’ release has also been amazing. The reception has been heartwarming and I feel like I have a lot more eyes and ears on my work. That in itself is an achievement that I can’t overlook.

❖ How would you describe the Ottawa music scene in your opinion?

There’s a lot of amazing artists doing their thing. The shows are great and the music is dope. We struggle sometimes with things like touring outside the city, for some reason, but I can tell you that that’s going to end soon. Word to the Ottawa folks holding it down. Even the fans! Everyone’s trying and I love it.

❖ Tell me about an experience in your life that taught you something about what it means to be human?

‘Friends’ coming and going. That’s a scary thing. You end up just being closed up and less trusting of people. It’s life, I guess.

❖ How do you balance your music career with other obligations?

I don’t balance anything. Like I said before, music is something I cannot run away from. It’s a cliche but it’s true. As long as I’m able to think, some melody idea or drum break, or four-bar rap will seep in from time to time. I am easily distracted in that sense.

❖ How long have you been a musician? What were your early influences?

I wrote my first rap at age 9. I have been a writer for some 13 years. Performing and producing started when I was 15 years old. I was heavily influenced by radio singles from Kanye West, Drake, and Lil Wayne because they were so popular. In my household, my dad only played Asa on car rides. Growing up in Lagos, it is also almost impossible to not be influenced by Fela Kuti and Sunny Ade.

❖ What has been the biggest challenge for you in the music industry today?

Sometimes I wish that I could focus on the music without anxieties about listenership and things of that nature. I enjoy the process of making music but it seems like the more I advance in my career, the more I have to worry about other things. People tell me that I’m lucky that this is my biggest challenge yet and I should prepare myself for more discomfort. I wonder who’s gassing who.