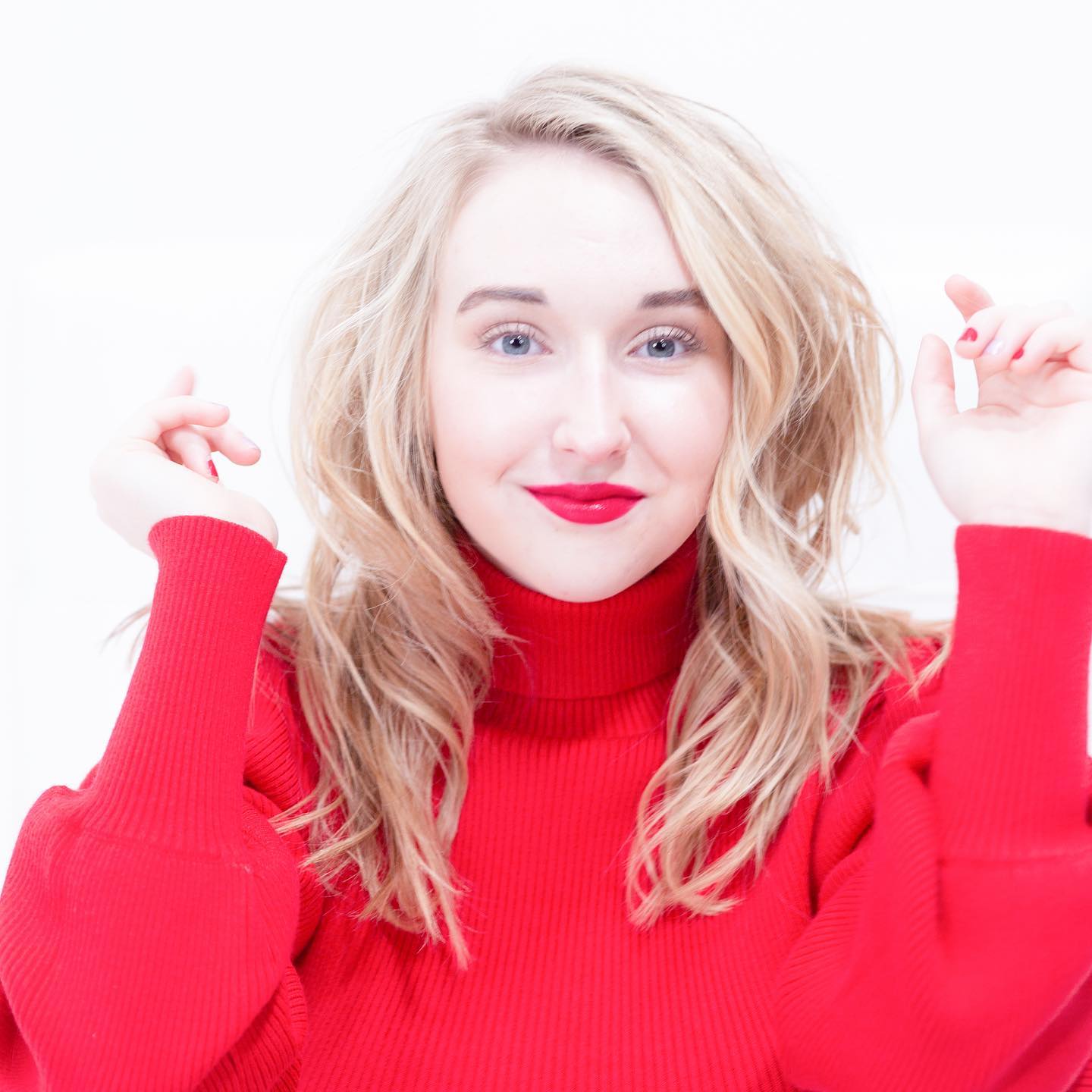 Multi-talented fast rising American Strong stress and Songwriter Ainsley Costello, has released her debut music video for “Little Sister”.The newly released music video “Little Sister” is a song that talks about the challenges of being inspired by someone, of being grateful for their influence on you but wanting to escape the comparison of being “the next someone else”. The colorful visual was directed by Jason Johnston.

However, Ainsley began her musical journey at a very young age when she started performing live shows with a full band of adult professional-level musicians. Among her career highlights was performance at NAMM in 2019 and 2020, and Americana Fest 2019.Interestingly, Ainsley Costello, was also involved with both “The Voice” and “American Idol” when she was just 13. At the age of 14, Ainsley became one of Breedlove Guitars youngest endorsed artists and has also since been endorsed by Mackie Sound by Loud Audio.She has equally performed over 130 shows in 10 different states.

In summation, we caught up with the singer in a recent interview, the independent American recording artist-cum-songwriter gave us an insight of her musical career. Check out the interview below and be sure to stream “Little Sister” beneath afterwards

Wassup Ainsley, glad to have you join us on this interview. Please introduce yourself for the benefit of those who don’t know you

Hey! Thank you so much for having me! My name is Ainsley Costello, and I’m an 18-year-old singer songwriter from Nashville, TN! I put out my first album when I was 15, the equivalent of my second album last year in 11 singles, and my newest single called “Little Sister” came out on March 25th. I’ve played over 130+ shows in 13 states, and I’ve written over 150 songs too.

Tell me how you feel when you look at yourself as an artist and how you define success in this industry?

When I look at myself as a young woman going into the music industry, I feel incredibly fortunate to have an amazing team around me that listens to me and believes in me. I know there are so many people who go into this business feeling alone, and it makes me all the more grateful that I have an amazing support system. My definition of success is ever changing. I think at the end of the day if you are happy in the things you get to do and are proud of your accomplishments, that’s what true success is. But I never want to get too comfortable or content to the point where I lose my fire for doing what I love .

Can you please describe your latest song “little sister” & tell me more about the concept for the music video that was recently released?

Little Sister is a song that talks about the challenges of being inspired by someone, of being grateful for their influence on you but wanting to escape the comparison of being “the next someone else”. With the video, I wanted to sneak in some Easter Eggs of one of my role models and have a really bold color scheme to illustrate this tug of war inside you when you put someone who has inspired you up on a pedestal; you love them but want to be your own person and hate feeling stuck in their shadow. It was a ton of fun to create this space that was just cryptic enough, but still leaves enough room for the fans to attach their own meanings to this song.

Where do you get your inspiration and creative ideas from?

There isn’t one set place I get my ideas from. I love taking inspiration from books, movies, and TV shows, but I also look for phrases that I can craft something around in everyday life. I write a lot based on personal experience and try to get super specific in my writing, because oddly enough, it always seems a bit more universal when there is a very miniscule detail in a song somewhere.

What was your favorite part of performing at NAMM?

NAMM is the best! It’s one of the things I missed most over the last few years. I think being in a place where you can bear your soul to others of your kind and be respected for it is pretty rad. But I also love finding friends and collaborators at NAMM just by watching them perform.

What was it like working with Jason Johnston on the official music video for “little sister”?

Jason Johnston is a magical lightworker of a human. He was so willing to collaborate with me and listen to my vision for the video, and work with me to bring it to life in a way that made me feel heard and respected for what I brought to the table. Not only that, but he is also super creative himself and knew exactly how to bring everything to life. If anyone ever needs a super high quality video that tells a story, Jason is your guy. I have nothing but sparkly, glittery praise for him!

Tell me about your sound, what makes it unique? What genre/styles are you most known for?

One thing I have worked hard to craft as I have started to collaborate with people who really fit my sound, is the meshing of organic and live instruments, with really shiny pop sounds on top. I think in today’s music scene, there are a lot of people who do one or the other, but two of my favorite bands, The Band Camino and Paramore have found a really great middle ground for mixing the two and it’s a sound that I’m super inspired by. I’d say at my core I’m a rock artist with a pop cherry on top 😉

What is the most challenging task that you’ve had to deal with as a musician?

I think the most challenging thing I deal with as a musician is social media. In some ways this is the best time to be a musician because you can get your music out there with the click of a button, but on the other hand everybody is trying to be seen and heard and say, “hey look at me!” all at once. And since I’m still a teenager, I definitely have fallen prey to the comparison game that social media so unhealthily promotes. But I know that most people my age go through that too, so there is a bunch of comfort there knowing that I’m not alone in that feeling.

Tell me about the “sunny side” of your journey of becoming a musician?

There are so many little “sunny sides” to being a musician, but I think getting to do what I love all day everyday takes the cake. I love songwriting because through writing about my feelings and the things I go through, it makes me a more self-aware and empathetic human being, and the feeling of accomplishment you feel after writing a song you love is like no other. And through singing and performing, I get to connect with so many people and travel to places I otherwise wouldn’t have.

What do you want to be known for in music when you are no longer a performer?

When I’m no longer a performer, which I hope will never be because it is absolutely my favorite thing in the world and I hope I’m performing until the day I die, I would love to be known for my songwriting and my work ethic. And I’m really passionate about being a good human too, so I hope that’s what people remember about me!

What advice would you give to someone interested in pursuing a career in music?

A piece of advice I would give to someone interested in pursuing this career, is to start early if you can, and start writing as much as you can. If you want to write your own songs, the song is where it all starts, and everything else will naturally fall into place with a lot of hard work. Whether its writing, having a rehearsal or show, posting a TikTok, or practicing your singing, do something every day to push yourself forward.

Thank you so much for these great questions, I had a blast! If anyone wants to find me or listen to my music, my Instagram handle is @ainsleycostello_official, my website is www.ainsleycostello.com and my Spotify/Apple Music name is Ainsley Costello!