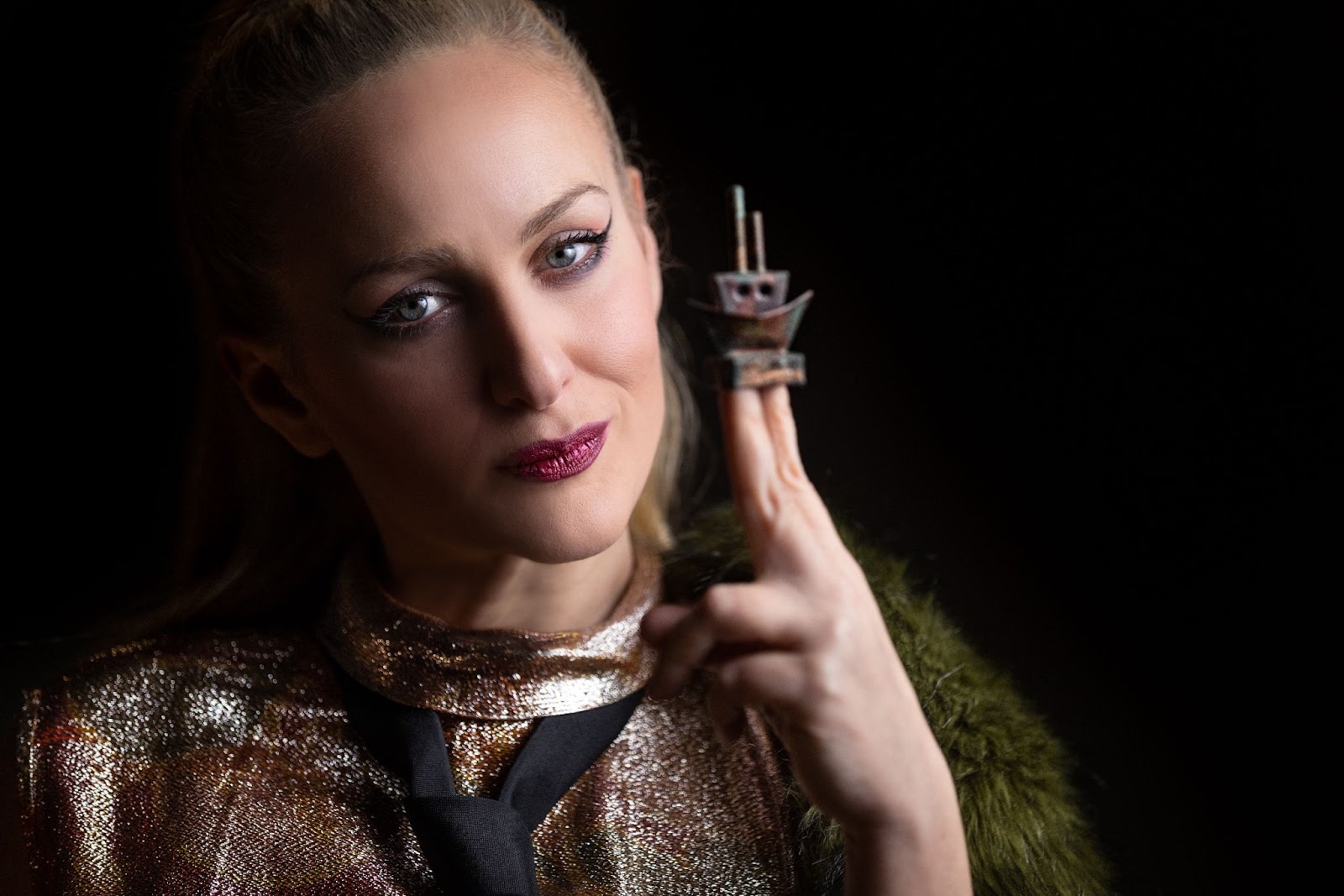 Lia Hide release their progressive Pop/ R&B single ‘Row Row Row’. The bouncy track was produced by Lia Hide mixed by Ian Shaw at Warmfuzz Productions and mastered by Denis Blackham (Wire, Ed Sheeran, Sting, Japan, Ultravox) and comes as the lead single of ‘The Missing Fourth Guest’ album due for release on the 4th  of  April 2022 on Conch Town Records.

Having enjoyed a prolific past in the Greek Electronica, Lia Hide released their debut album via EMI, and have a total of three studio albums, a remix album and music commissioned for Theatre and Dance. They have supported the likes of Tricky, Kovacs, Kadebostany and many more.

With a rich and diverse background in progressive music forms for theatre and dance, Lia Hide she also leads the avant-garde trio taking inspiration from classic philosophers such as Plato’s infamous dialogues. In their imaginary world, the listener can experience the turbulent times we live in, full of injustice, hate, war, crime, racism, and draw parallels to the tragedies that hit Atlantis and Ancient Athens.

The band’s sound is greatly influenced by all time classic movies and music greats, such as Ennio Morricone and Manos Hadjidakis, with their unique songwriting style bringing to mind the likes of Massive Attack and Bjork. Having already extensively toured Europe, the band made the most of COVID restrictions to focus on producing their upcoming record from the comfort of their home studio. Lia Hide have already paved the way for ‘Row Row Row’ with the release of the two singles ‘Proposal’ and ‘Dinner’ and are planning to release videos for every single song of the 8-track album. With more music on the horizon and a show at the be sure to follow their socials for more information about this and future releases.