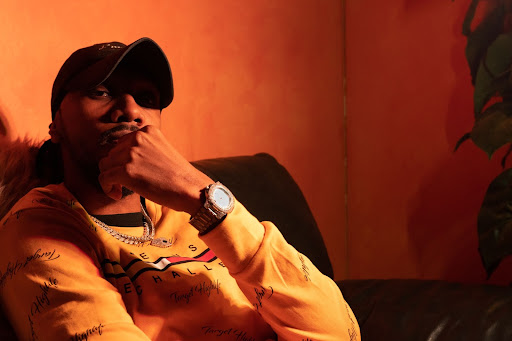 After spending the last few years offering up a sweet and seductive array of delights, Toronto-based artist DarioDMusic returns once again to unveil the rich and passionate new single ‘Same Thing’.

Inspired by his frustrations with commercial R&B music that favoured sexual encounters over true love, ‘Same Thing’ looks to flip the narrative on the traditional love song by focusing more on long-term romance. Channeling a fresh and dynamic dancehall-inspired aesthetic throughout, his newest effort makes for a wonderfully bright and inviting listen throughout.

Speaking about the new single, DarioD added, “​​I created this track because I was tired of hearing the kind of R&B songs that’s on the radio. It’s not about love and settling down with that special person anymore… it’s just about sex and i wanted to change that. So I wrote this song to promote more love and to change the narrative of just being with someone for a one night stand.”

DarioDMusic was born in Trinidad and Tobago and relocated to Toronto, Canada when he was twelve years old. After starting to write music when he was thirteen, Dario’s music has been gaining momentum throughout the world, with one of his songs gaining attention from well known US radio stations HOT97, K100 Radio in Atlanta, G98, as well as Canadian and Trinidadian radio.

DarioDMusic was recently awarded his first music streaming plaque for reaching 50,000 streams for his song ‘TAKERS’ as he still currently works on his debut album ‘Real Talk’. Influenced by  R&B, hip-hop, pop, reggae, dancehall, soul, and gospel, he believes that words have power, and that’s why he feels as artists, we should be mindful of what we put out there for the world to repeat. His goal with this music is to have people speak life while bringing good vibes.