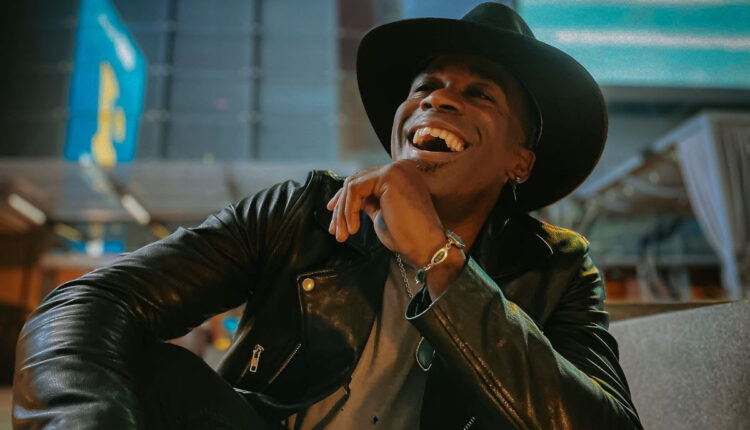 Curt Chambers – Say My Name: Grammy-nominated Curt Chambers puts all his vocal, lyrical, and sonic talents on display in his latest country single, “Say My Name,” released yesterday and dedicated to his mother Sharon Chambers. The track was co-written with Chris Young and Christian Davis Stalnecker and is out now on all digital streaming platforms.

“Say My Name,” is a heartfelt and beautiful track sure to touch the hearts of mothers and children everywhere. Vulnerable and frank, Curt recounts his unruly behavior as a child and his desire to hear his mother say his name for better reasons than those in the past. Curt’s melodious voice is accompanied throughout by gentle guitar strums, simple but able to elevate the song’s overall tone of openness and honesty.

While this song is specific to Curt’s life experiences, everyone can relate to the feeling of wanting to make a parent or other loved one proud–the feeling of showing how far you’ve come in life. With age comes growth and experience, a wisdom that must be cultivated organically, and Curt expertly expresses that idea while also displaying how that growth can improve relationships. It’s appropriate that Curt would release this track, which is so rooted in the love and respect he has for his mother Sharon, for Mother’s Day.

“I wanted to write this song because when I was a kid I got in trouble all the time. I got suspended from school once a week and was the name you heard at church all the time. ‘Curtis did it’ is what you always heard. As I got older, I decided that I wanted to change how my mother Sharon called my name to a more positive light. I find myself wanting to make her proud not only of my accomplishments but how I serve love to every human. I thought this was perfect for Mother’s Day.”

Curt Chambers is an American singer, songwriter, producer, and recording artist who has gained notoriety for his unique fusions of rock, soul, country, and hip hop. Often described as refreshing and innovative, the Philadelphia native’s gifts as a musician were cultivated at home and in church where he was raised to appreciate multiple musical genres and was influenced heavily by gospel, soul, blues, and country. He was taught to play several instruments including, piano, drums, and guitar. It is on the guitar, however, where the essence of Curt Chambers comes to life, captivating all who are fortunate enough to witness it.

As a graduate of William Patterson University where he majored in jazz and performance studies, Curt further extended his musical palette making him adept and respected in musical composition and direction. He is a 2018 Grammy Award Winner and recipient of multiple notable accolades including 2 Grammy nominations and an ASCAP award for his contribution as a songwriter for the hit “Finding My Way Back” performed by R&B recording artist Jaheim. Since then, Curt’s talent for writing partnered with his genius as a multi-instrumentalist continue to elevate him creatively and professionally having written and co-written for the likes of Eminem, Lenny Kravitz, Miguel, and Jamie Foxx and recently with hip hop pioneer Dr. Dre in which Curt received another Grammy nomination for his work on the critically acclaimed album Compton.

With a sound that is unique, multi-dimensional, and holds no boundaries, Curt Chambers nurtures his love for musical pluralism as he collaborates with the industry’s best pop and country artists building a legacy that continues to cross genres and creates cutting edge musical masterpieces.