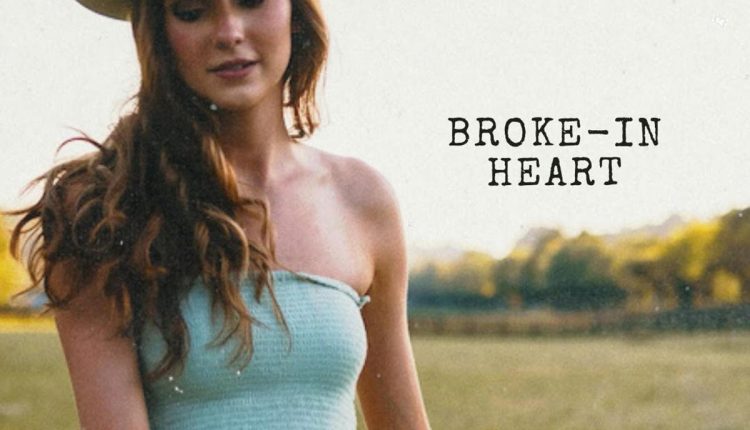 Produced by Daniel Dennis, “Broke-In Heart” opens with beautifully delicate and articulate acoustic guitar hook lines highlighted by gentle mandolin flourishes, setting the stage for Prince’s plaintive, story-telling vocals that convey the wistful story of a heart that has been weathered by too many storms.

“I wasn’t sure how to put this into words when I sat down to write it with my co-writers, David Evans and Marc Oriet,” states Prince. “They helped me put my thoughts into a song. This is one of the most real, raw, special songs I have ever written, and I knew other people needed to hear it because of the special place it holds in my own heart.”

Mississippi-born and raised, Prince now resides in Nashville where she is quickly rising among the ranks of Music City’s best and brightest young country singer-songwriters and is regularly featured at many of the city’s most coveted showcase performances events. The exceptionally talented songstress independently released her first song in 2020 and has since followed it with five additional singles, impressively engaging her online fanbase with combined streaming numbers on Spotify and Apple Music in excess of 600,000 plays.

Prince began singing at a very young age, and songwriting and playing guitar followed when she turned sixteen. Being from a small town and a true country girl at heart, she is personable with her fans through songs from her own real-life experiences that cuts to the core of the subject matter to connect with her listeners. Combining her love of country music and her humble