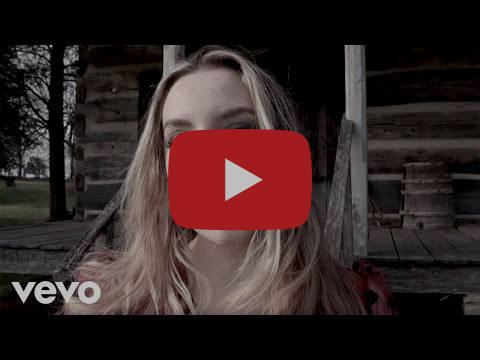 Bailey James Releases A Haunting Music Video “The Crow”. Bailey James, has created yet another musical masterpiece. This one holds a special place in her heart as it is dedicated to her late brother Zane. The Crow” official music video is out now on VEVO. Click here to watch.

“My brother had an affinity for crows. My dad now has a tattoo of a crow that my brother had intended to get. Now when I see a crow, I know he is with me as they come when I need help or focus.”– Bailey James

For a song as haunting as Bailey James’ “The Crow,” it’s only fitting that the music video would have visuals to match. Switching between overhead shots of forest full of bare, winter-gray trees, James walking across a patchy grass field with crows flying overhead, and James around a house reminiscent of those built centuries ago, the video is able to capture the feeling of aloneness, of desolation and cold winter that the song’s instrumental and lyrics convey.

Added visual imperfections give the video an overall air that it’s older than it actually is; it’s a great aesthetic touch. James is also barefoot throughout the video, and that gives the viewer a sense that she is more connected to nature and the elements than most, comfortable enough to walk around without shoes on. It makes sense why she would sing of finding direction from a bird that can’t talk. The video heightens the song’s overall feel without distracting or detracting from it, and that’s all it needs to do.

Bailey James is an up-and-coming rock n’ roll superstar in the making. She has a wide variety of musical influences from classic country artists like Patsy Cline and Johnny Cash to R&B/soul artists like Amy Winehouse and Etta James. Bailey has a resume like no other for at such a young age. She has garnered over 250,000 fans across her social media platforms. She has traveled across the US on a radio tour and has had the honor to perform at the world-famous Bluebird Cafe. Bailey has also participated in CMA Fest in Nashville, TN.

In addition, Bailey was appointed as the first National Youth Advocate for The Jason Foundation. She is dedicated to raising awareness for suicide prevention through education and empowerment on behalf of this important non-profit organization both in her live shows and across her social media. In 2022, Bailey started her own mental health movement, Finally Free Movement. Finally Free is a movement to help bring awareness to the struggles of mental illness and to support suicide prevention. James has built a platform for others to seek help and gain more information on healing their traumas and mental health. You can learn more about Finally Free Movement at finallyfree.org.