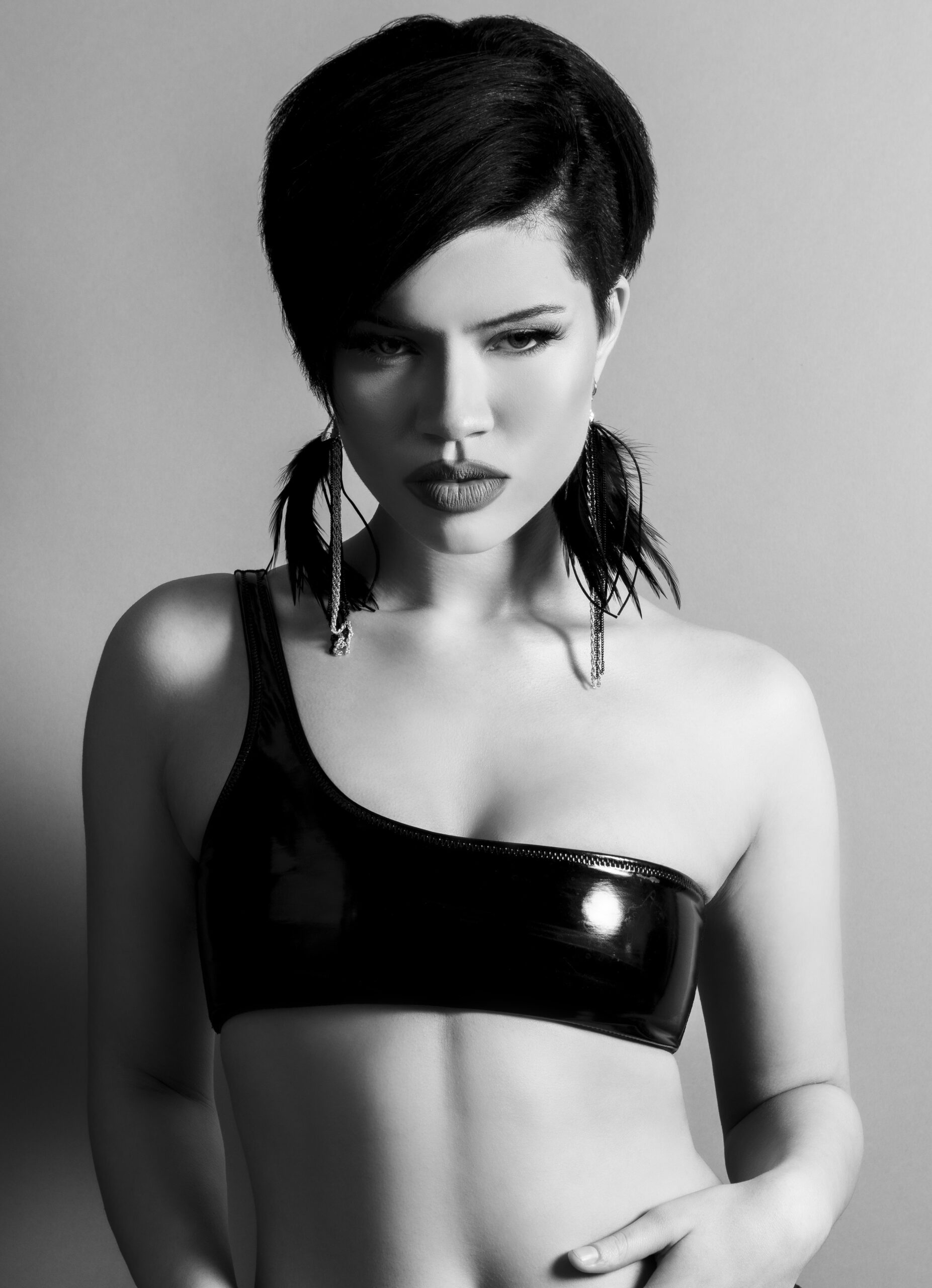 HITCO recording artist Aiyana-Lee released a stunning new video for her powerful ballad “Table For Three” from her debut EP WEDNESDAY’S CHILD (SIDE A). While her previous singles gave listeners a sense of her bold and confident side, “Table For Three” instead takes a more vulnerable stance while showing her incredible vocal range. As with her most recent visuals for “Gangster of Love” and “Make You Love Me”, “Table For Three” was directed by Nayip Ramos, with the storyline by Aiyana-Lee and Nicole Daciana Anderson. The video follows the narrative of the previous visuals with three versions of Aiyana sitting at a table having a conversation, ditching the love interest and giving further meaning to the song’s valiant message of self-love.
“Table For Three” is one of my most personal records and I had a vision for it instantly. I wondered what would happen if we literally made a table for three and had different versions of me communicate. As with all my videos, this one is a continuation to the story and a deep dive into the different facets of who I am. The videos are incredibly connected. My brilliant creative partner Nicole really fleshed out the idea and Easter eggs with me and as always Nayip brilliantly made it come to life and added some sparkle! It’s one of my favorite videos so far because the meaning is so close to my heart. – Aiyana-Lee
On her debut WEDNESDAY’S CHILD (SIDE A), Aiyana-Lee taps an impressive list of collaborators including GRAMMY Award-Winning producer Neff-U (Michael Jackson, Doja Cat), Sebastian Kole (Alicia Keys, Alessia Cara), Nathalia Marshall (Kiana Lede, Bebe Rexha) & multi-platinum singer-songwriter Nicole Daciana Anderson (BLUE), who is also Aiyana-Lee’s mother, manager and creative partner. The seven-track project will lead into the forthcoming chapter WEDNESDAY’S CHILD (SIDE B), out later this year.

Last week, the iconic Elton John called her “one to watch” on his Rocket Hour podcast, playing her song “Love U Later”. She was also recently featured as a special guest on the popular Wendy Williams Show last month. Aiyana has been featured in The Sun, Vibe Magazine, Flaunt, Entertainment Tonight, Wonderland, MTV, the cover of Vulkan Magazine and featured as iHeartRadio’s January 2022 “On The Verge” artist.

Recently, she made her national TV debut on The Real with a performance of her smoldering R&B ballad and Top 10 US R&B Radio track “Gangster of Love.”

Combining elements of pop, R&B and soul with poignant, heartfelt lyrics, Aiyana-Lee’s powerhouse vocals have already captivated listeners and amassed over 60 million streams and video views. With athletic vocals that are both powerful and emotive, Aiyana-Lee’s voice is a refreshing, powerful sight to behold.

21-year-old Aiyana Lee grew up surrounded by music— her uncle was David Ruffin of The Temptations, and her grandfather was famed American soul singer Jimmy Ruffin. Starting her journey of singing at the age of two, she jumped on stage whenever she had the chance and grabbed the mic and belt out lyrics as a toddler when her mother brought her on tour. She moved to Los Angeles from London with her mother at the age of 15 to further pursue her music career. An artist whose vocal depth speaks for itself, Aiyana-Lee is the most recent signing to legendary music producer & executive LA Reid’s entertainment company HITCO.