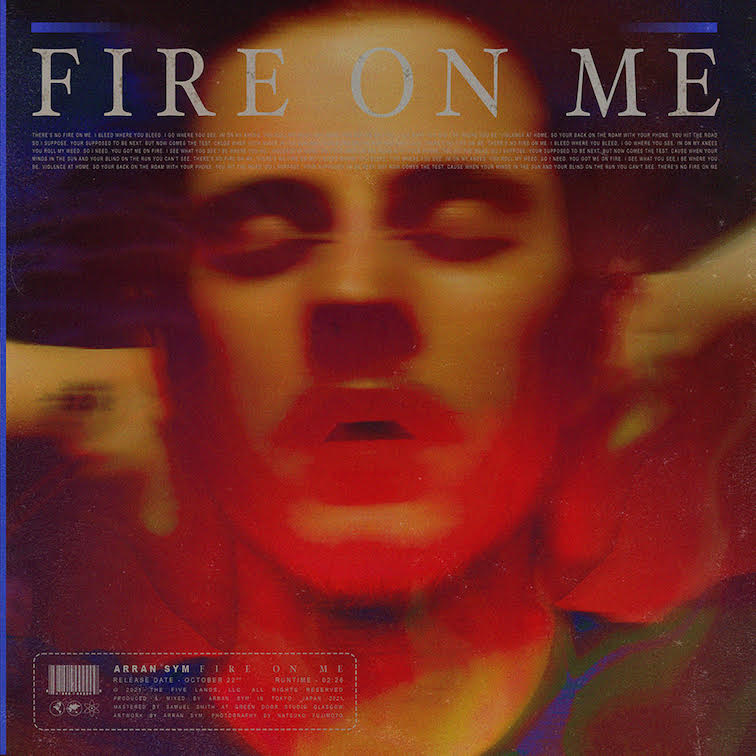 Rising artist, producer and multi-instrumentalist Arran Sym, who hails from Scotland and is now based in Japan, has debuted his new single, “Fire on Me”, which is taken from his forthcoming album, Beauty Valley, due for release on 26th November. Having spent the last few years building his résumé as a producer and working with artists from all around the world, Arran is now making strides as an artist in his own right following the release of his debut EP, 1000 Micrograms of Love, last year. “Fire on Me” looks set to continue his rise and marks him out as one to watch.

Having been around music since his early days in Scotland, Arran showcases his full range of talent on “Fire on Me”, with the track perfectly highlighting his versatility as a producer. Although previously spending a lot of time producing for various hip-hop artists, “Fire on Me” is an alternative lo-fi dark pop song. Stepping outside the box, the atmospheric track commands attention from the opening seconds, standing out with its hypnotic instrumental, catchy melodies and Arran’s captivating vocal performance.

Speaking further on the release, Arran says, “The song is about a girl being unsure of what she wants and me gaining the self-confidence to not accept the energy and pressure that she is putting on me. It was a song that was created in a moment of flow state. I started with the main synth bassline and drums and then added some guitars and vocal harmonies.

“When I made the instrumental, I was just inspired to freestyle some vocals and the result was basically the entire song coming from the first take. The song was created in a very short space of time, maybe an hour or two. Then I spent some time tweaking and crafting it on and off over the following weeks.”

A triple threat who can do it all, it’s clear Arran Sym has a huge future ahead of him as a singer, songwriter and producer, so he will most certainly be one to pay close attention to over the next year and beyond. And with a growing list of production credits for other artists under his belt and more new music of his own lined up for release, he has no plans of slowing down anytime soon. “Fire on Me” is available to buy/stream now on all platforms: https://distrokid.com/hyperfollow/arransym/fire-on-me.

Fire on Me By Arran Sym | Listen Below

Fire on Me by Arran Sym