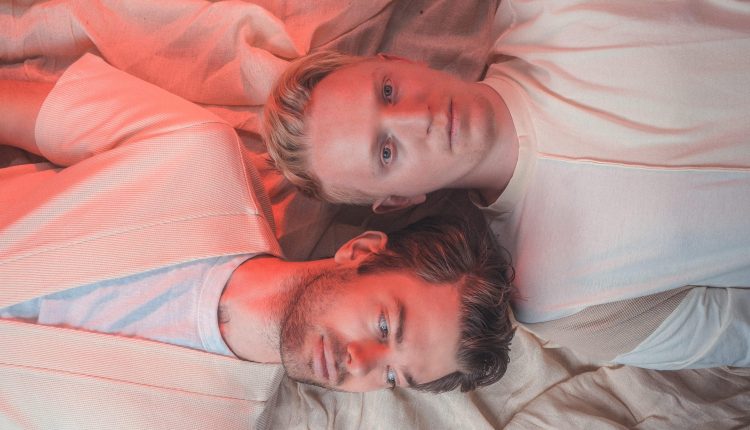 UK indie duo Arliston, consisting of Jack Ratcliffe (vocals/guitar/keyboards) and George Hasbury (guitar/keyboards), have returned with their stunning new EP, Even In The Shade. The project arrives following a busy year that has seen the London-based duo already release a successful EP, The Ground Might Disappear, back in January. And in the lead-up to Even In The Shade, they’ve recently shared singles “Mothering” and “Hold My Wine”, both of which received critical acclaim.

Even In The Shade is five tracks of devastatingly beautiful music ranging from the ‘80s-infused and playful “Hold My Wine” to the subtle and stripped-back “Tombstone Teeth”. “Sydenham Place”, meanwhile, feels like an instant indie classic, with Jack’s voice sounding as good as ever, masterfully flipping between airy falsetto and rich baritone all while dancing between George’s gorgeous piano.

It’s classic songwriting through the Arliston lens. Written and produced by Arliston and mixed/mastered by Brett Shaw (Florence + The Machine, Foals), there’s an undeniable quality to this collection of songs that illustrates the Arliston sound growing in stature and evolving in new and unexpected ways.

Speaking further on the EP, George Hasbury explains: “We had just lost our drummer, amicably, so we were a little adrift as we started making this EP. The first song we wrote was ‘Mothering’, which was sort of inherently smaller without a drummer’s presence. But it still felt good and like Arliston, and after that the rest of the songs quickly emerged.”

Jack Ratcliffe adds: “I think we feel like we’re only just finding our feet with the project and where we want it to go, and that’s a really exciting feeling! We’re starting to get the feedback and the response that we’d hoped for, so we’re more energized than ever.”

Arliston’s consistency and knack for rich melodies and contemplative atmospherics is paying off – the new EP is the sound of a band exceeding their potential and not afraid to reach further. With over a million Spotify streams to their name already and people earmarking them as future festival favourites, Even In The Shade is sure to continue their impressive rise and see them break new ground.

Even In The Shade is available to buy/stream now on all platforms: https://slinky.to/EvenInTheShade.