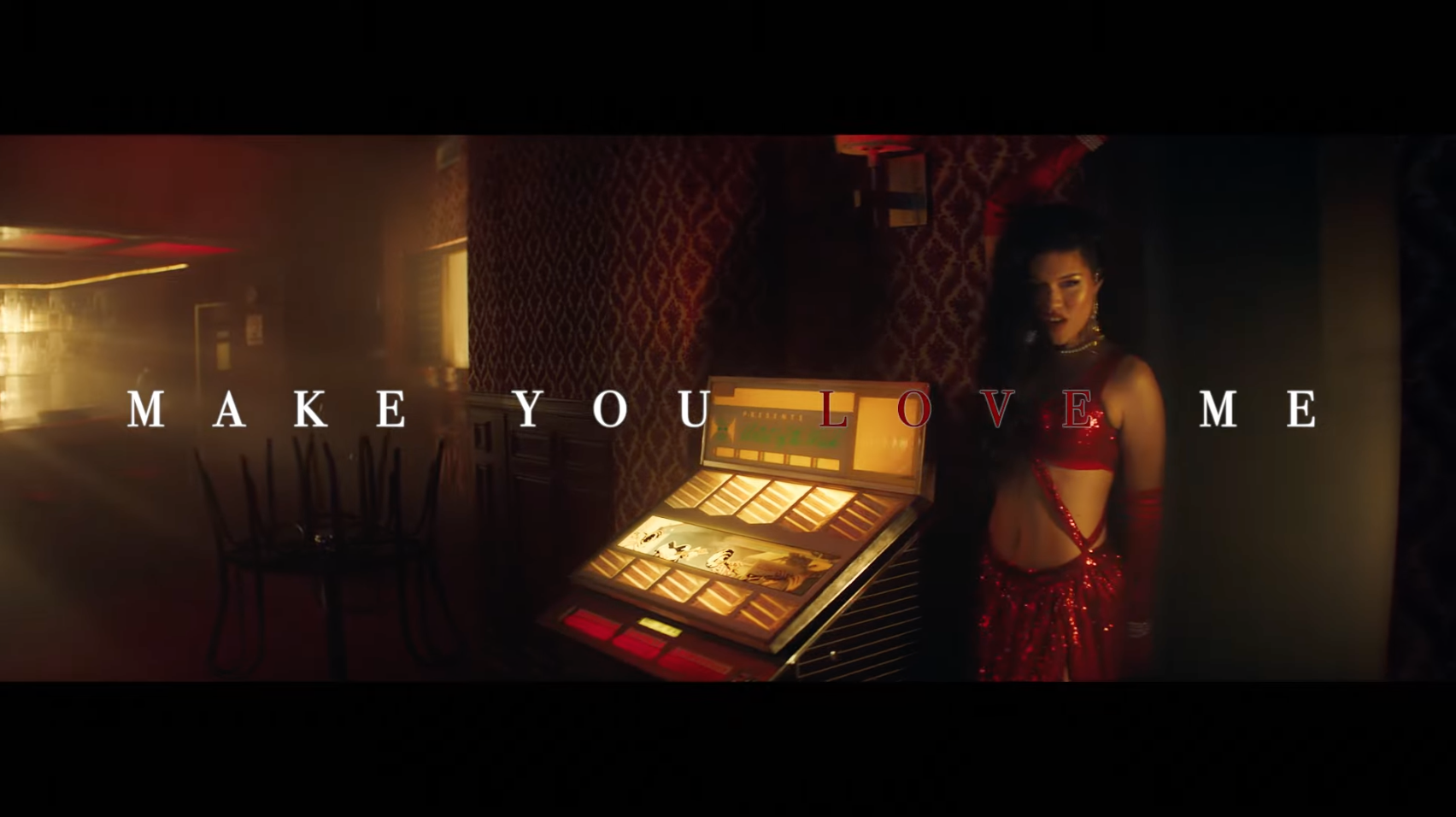 Today, HITCO recording artist Aiyana-Lee releases a stunning new video for her compelling pop single “Make You Love Me” from her debut EP ‘WEDNESDAY’S CHILD (SIDE A).’ Directed by Nayip Ramos with story by Aiyana-Lee and Nicole Daciana Anderson, “Make You Love Me” is a prequel of her last visual for “Gangster of Love,” finding a confident Aiyana-Lee as a bartender adorned in red as she pursues her love interest who happens to be a patron.

The video ends with a preview of her next single “Table for Three” which releases next week. In addition to “Make You Love Me” and “Gangster of Love”, Ramos previously directed the video for “Killa Killa” (with KSI) which racked up over 8 million video views and hit #27 on the UK Singles Chart.

“I am incredibly excited about the music video for ‘Make You Love Me’! The visual is truly an experience and a continuation to the story of Wednesday’s Child, having it be a prequel to ‘Gangster of Love’. I wanted to create a world with each video, showcasing a different side to me and elaborating on an even bigger story! There’s a puzzle and Easter eggs throughout the entirety of this experience. The story is the creation of myself and Nicole Daciana Anderson’s mind, down to the makeup (done by yours truly) and vision. I’m thankful to Nayip, our incredible director for always bringing our visions to life and believing in me.” – Aiyana-Lee
On her debut ‘WEDNESDAY’S CHILD (SIDE A),’ Aiyana-Lee taps an impressive list of collaborators including GRAMMY Award-Winning producer Neff-U (Michael Jackson, Doja Cat), Sebastian Kole (Alicia Keys, Alessia Cara), Nathalia Marshall (Kiana Lede, Bebe Rexha) & multi-platinum singer-songwriter Nicole Daciana Anderson (BLUE), who is also Aiyana-Lee’s mother, manager and creative partner. The seven-track project will lead into the forthcoming chapter WEDNESDAY’S CHILD (SIDE B), out later this year.

Already Aiyana-Lee has been featured as a 2022 artist to watch in UK paper The Sun, Vibe Magazine, Flaunt, Entertainment Tonight, Wonderland, and most recently by the legendary Elton John. She has graced the cover of Vulkan Magazine and was also featured as iHeartRadio’s January 2022 “On The Verge” artist.

Recently, she made her national TV debut on The Real with a performance of her smoldering R&B ballad and Top 10 US R&B Radio track “Gangster of Love.”
Combining elements of pop, R&B and soul with poignant, heartfelt lyrics, Aiyana-Lee’s powerhouse vocals have already captivated listeners and amassed over 60 million streams and video views. With athletic vocals that are both powerful and emotive, Aiyana-Lee’s voice is a refreshing, powerful sight to behold.