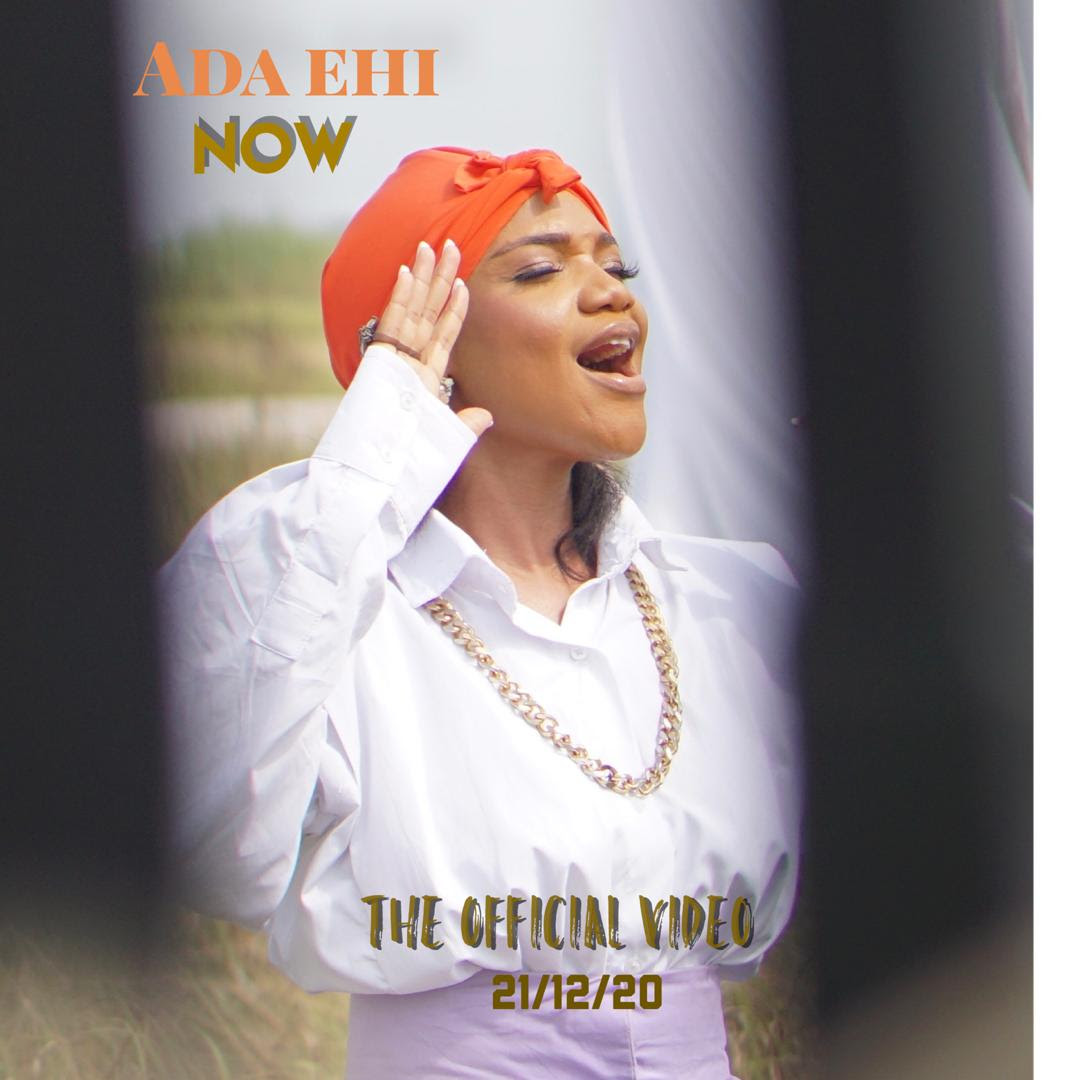 Hot on the heels of her recently released album ‘BORN OF GOD’, singer, songwriter and performing artiste, Ada Ehi releases a powerful first video off the album, titled ‘NOW’.

Growing up on sounds from the Kings College Choir, Mary Mackey and the Winans Brothers; and her musical influences ranging from Maranatha, Intergity Music, Don Moen, Ron Kenoly, Handel and Mozart, this new visual delight is the perfect picture where Ada stays vibrant, indigenous and makes it a new day, a new season for the vocal powerhouse and anyone who’s blessed to watch this visual.

Directed by Marvin Keyz and co-directed by Ada herself, the NOW visual is a well-conceptualised piece of work, full of pleasant activity, gripping images brought to life by the sheer sweetness of sound. Ada has always believed that gospel music videos can compete on a level playing field with many mainstream videos in the industry. With this beautiful golden visual, we believe her.

The ever-glowing Ada says ‘Now’ is a song that speaks to me personally. The message here is hope and faith, to inspire people, but most importantly, love. If we love ourselves more, we won’t have the issues that we have in our world today. People become selfish because of their life experiences so I just wanted to share a bit of love, faith and hope with ‘NOW’.