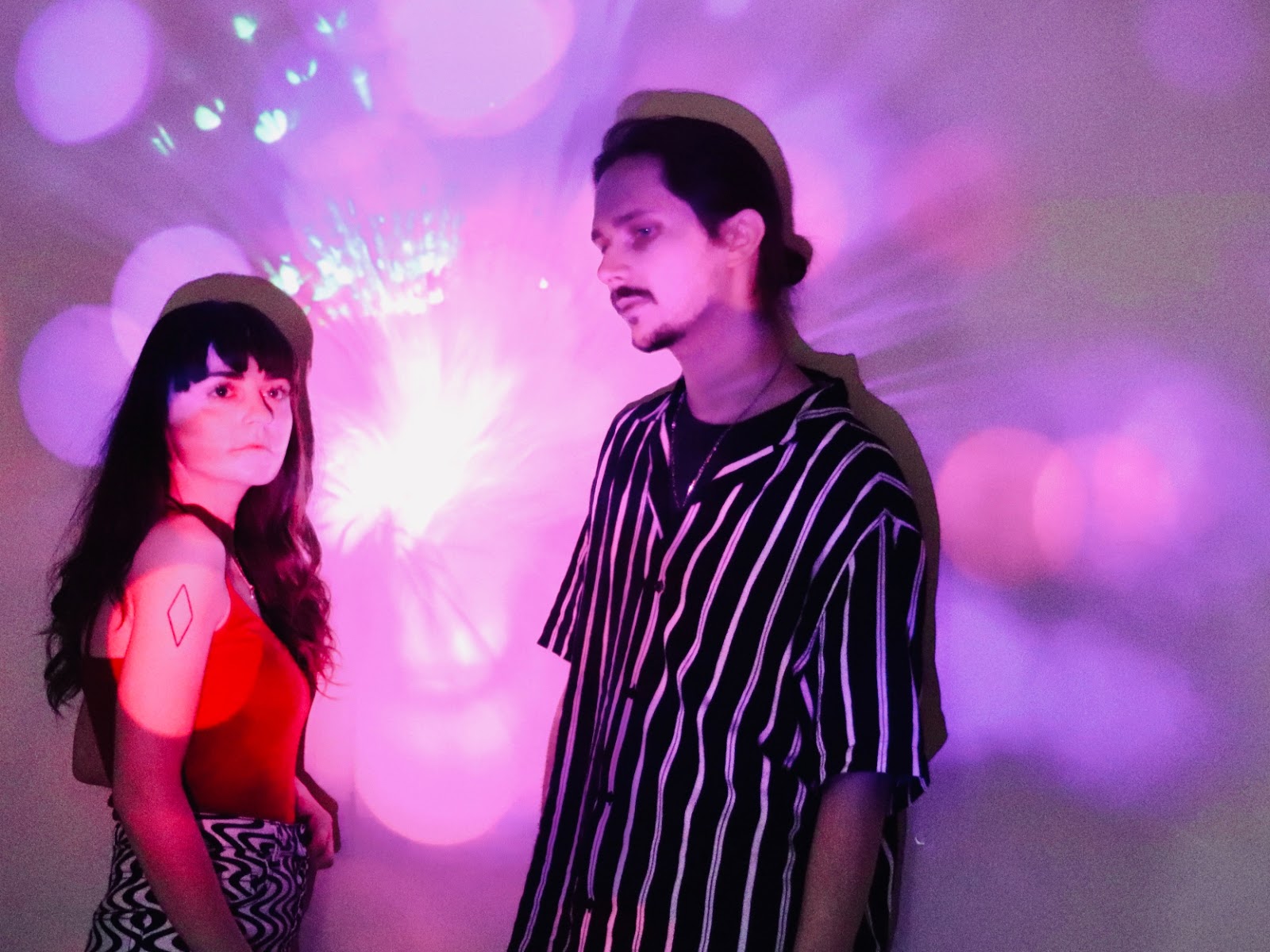 Suffolk Ambient Dream-Pop duo Amethysts are back with their new rework of ‘Forget-me-not’ taken from the upcoming extended version of their self-titled debut album (due May 25th).

Self-recorded and working co-producing with an acclaimed producer Shuta Shinoda (Daughter, Ghost Poet) the album is the culmination of the last few years of Amethysts career having built a reputation for their unique ambient live sound and stylistic songwriting resulting in press acclaim, national radio play and placements across Spotify and Apple Music playlists. Having worked with labels such as RAMP Recordings (James Blake, Jamie XX) and Manimal Vinyl (Bat For Lashes Warpaint) the new album is released via AWAL and Shy Cat Music.

Building atmospheric, emotional soundscapes across the album, the duo showcase their ability to create music with both immense depth and a catchy hook. Full of moments of dark and light, the new rework of Forget-me-not see’s the pair explore the darker side of their sound, blending atmospherics with creative production and subtle guitar lines under Clarice’s processed but still strikingly crystalline vocals. Self-reflective, emotional and packed with musical complexity the new rework showcases Amethysts at their dreamy, melancholic best.

Speaking on the new rework Clarice & Simon (Amethysts) said: “The original mix of Forget-me-not is one of the more organic, guitar led tracks of ours. We wanted to reimagine it with a more electronic, experimental head on. We started by creating a muted, low-pass filtered 808 beat and layering some subtle Korg M3R lines with a few of the synths which are hidden within the original recording.

We really wanted to emphasize the darker side of the original so pitched Clarice’s vocal down for the first half of the track before it bursts out and becomes a bit brighter with a key change mid-way through. We added a guitar solo at the end because why not!

‘Forget-me-not’ is an emotional track for us about a difficult time in our lives – The rework was made in a sleep deprived haze and definitely captures an essence of how we were feeling at the time.”

Having gained features in the likes of Clash, 1883 Magazine, The Line of Best Fit, DIY, The Telegraph, Earmilk, Atwood Magazine, Notion and PopMatters, Amethysts racked up over a million plays on Apple Music, hundreds of thousands of plays on Spotify, gained radio play across the likes of BBC Radio 1, BBC Radio 6 Music, Amazing Radio, Kerrang Radio and BBC Introducing. No strangers to the festival circuit, the duo have also played sets at Latitude Festival, Secret Garden Party and BBC Introducing Live as well as opening for Anna Meredith (Mercury Prize Nominee), Bessie Turner and Nothing But Thieves.

The new extended version of Amethysts’ debut album is released May 25th ahead of a series of live dates planned throughout June & July.