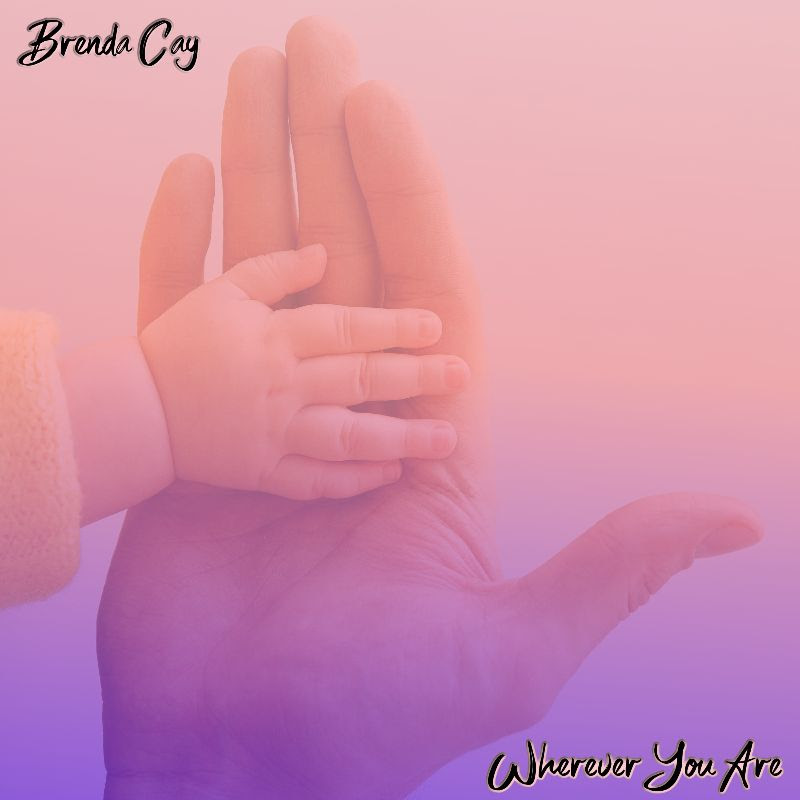 “Wherever You Are” by Brenda Cay is a heartfelt and moving story about a mother’s journey of watching her son grow before her eyes and that dreaded empty nest syndrome that mothers experience when their babies leave the coop. Brenda Cay’s incredible lyrical storytelling is filled with poignant imagery that evokes tears. The musicality with a classic country ballad feel makes for a beautiful and nostalgic single. “Wherever You Are” is available today on all streaming and download platforms. Click here to listen.

“I wrote this song after my son told me he was leaving home for a new job on the west coast. Writing the lyrics was my way of working through the hard emotions and preparing to say goodbye….for now.”– Brenda Cay

Brenda Cay’s “Wherever You Are” is a touching description of a loving mother-son relationship. Cay grapples with the idea of her son going off to college 2000 miles away from her but sweetly states that her heart is wherever her son is. The specificity of the song makes it all the more meaningful. Cay points out detailed memories of her son with “tiny hands” and hearing “his first laugh.” It lets listeners imagine the scenes she sings of.

Even through sadness, Cay doesn’t fail to say how proud of her son she is. She captures a feeling that so many parents feel but don’t know how to describe. This makes her song relatable for parents and allows their children to gain insight inside the minds of their parents. This is demonstrated most effectively in the bridge that acts as a stream of consciousness as Cay sings “Wondering what you’re going through. Do you miss me too?” With these honest thoughts, the song becomes even more vulnerable.

Brenda’s passion for music has caused her to push the envelope more than once. Whether it was sneaking a listen to her big brother’s records when he wasn’t around or getting pulled over by the police for wearing her sunglasses at night with the windows down and the tunes cranked, music has always been a way that Brenda discovers new ideas and connects to her feelings. To her own enjoyment (and the dismay of others around her), she’ll practice the same line to a song over and over or have one song streaming while singing another. While this might seem weird to a normal person, this plays perfectly into her everyday life as a singer/songwriter.

Brenda focuses on Country music and her songs are crafted with subtle hints of pop, rock, and R&B which reflect influences from artists Kenny Chesney, Terri Clark and Sara Evans. She states, “Sometimes there’s something deep in my heart that I need to share and other times there’s a shot of whiskey begging me to tell it’s story with a fun melody.” Escaping the stresses of daily life and having fun are common themes, but she is unafraid to tackle more serious topics. Her songs are relatable, diverse and she weaves them like a true country music storyteller.

Brenda had no idea that it would be her songwriting that would forge the path for her to sign with Heart Songs Records in 2020. After signing, she released her “Fragile Like a Bomb” EP which exclusively premiered on Pro Country. It garnered 12 licensing deals and had two tracks featured on Apple Music Hot Tracks (Country). The EP has over 1.9 million Spotify streams. Her latest EP “Love or Dreams” dropped on April 1st, 2022 has already garnered over 2 million streams.

Brenda was nominated for Song of the Year in 2019 at the Josie Awards for her single, “Joe,” in the Americana/Bluegrass category. She is a member of ASCAP, AMA & The Trop Rock Music Association.

Brenda says, “I’m ready to serve up my songs to the world and will continue working with other artists and bands on their song material. I love to engage with my fans and hope that my listeners will get to know me through my songs and enjoy the ride with me as a writer and artist. Just remember not to wear your sunglasses at night.”