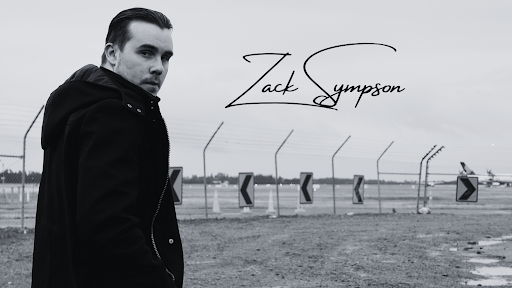 Zack Sympson is a singer-songwriter from Christchurch, New Zealand. Zack Sympson’s sound mixes elements of modern pop with acoustic ballads. Zack not only writes his own music but helps produce, arrange and mix all his songs. He now presents his latest offering ‘It’s Not The End’.

Zack sheds light on the meaning behind the track:

“The song is about realising that heartbreak is an opportunity to examine yourself and realise that life is not over. Soak up nature and find the strength to move on.”

Zack wrote the song and recorded a demo in one night in the back of his car. He built on the rough singing and guitar, adding his own unique elements before passing it on to the producer to bring the track to life.

Growing up in New Zealand, Zack first picked up a guitar after becoming homeless due to an Earthquake. This prompted him to learn to play and songwriting came to him following experiences with heartbreak and depression. Crediting writing music as what’s helped him get through his hard times, he shares his deeply personal experience through his writing to resonate with others.
“Writing music helped me through depression and many sorrows in life. Now I want to share that with others in hopes that it helps them through a tough time.” Zack shares

Zack Sympson Presents Acoustic Pop Track - It's Not The End

Burna Boy & Angelique Kidjo Releases Virtual For – Do Yourself