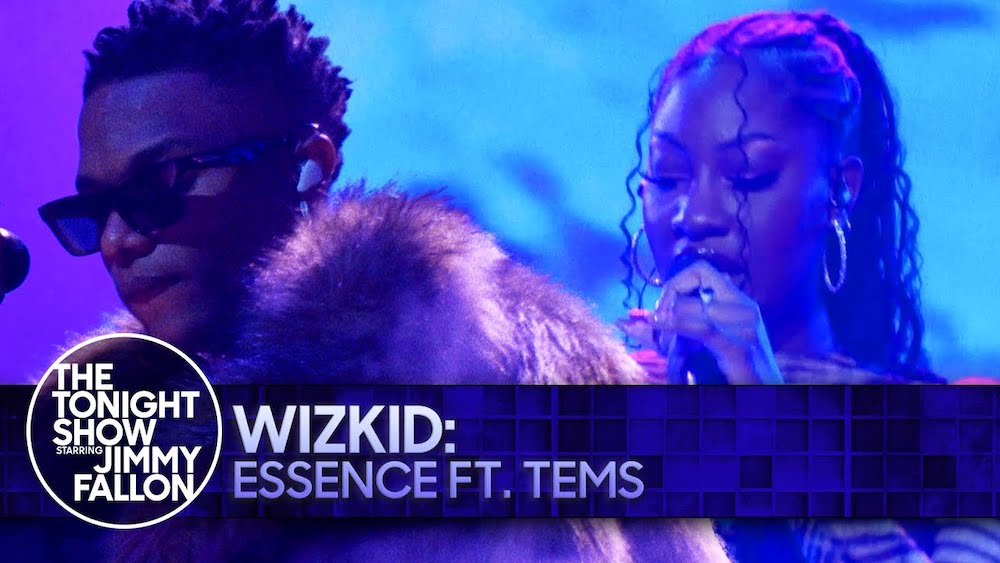 Watch Wizkid And Tems Performance On Jimmy Fallon’s “The Tonight Show”: Nigerian Afrobeats superstar, Ayodeji Balogun, popularly known as Wizkid, was the latest guest to feature on “The Tonight Show,” hosted by prolific American show host and comedian, Jimmy Fallon, and he (Wizkid) graced the show with a performance.

Wizkid took the center stage on “The Tonight Show” on Tuesday, December 7th 2021, and in the video that has surfaced online, the iconic singer, songwriter, and performer was joined on stage by Nigerian buzzing songstress Tems to perform their Grammy-nominated single “Essence.”

Wizkid just rounded up a highly successful 3-day concert at the O2 arena which saw performances from the likes of Chris Brown, Koffee, Burna Boy, Ella Mai, Buju, and many more. The singer has had an amazing year, with his smash hit single, ‘Essence‘, from last year’s Made in Lagos album leading the charge.

Already, Wizkid has announced the title of his next album, ‘More Love, Less Ego’ which he plans to drop next year.