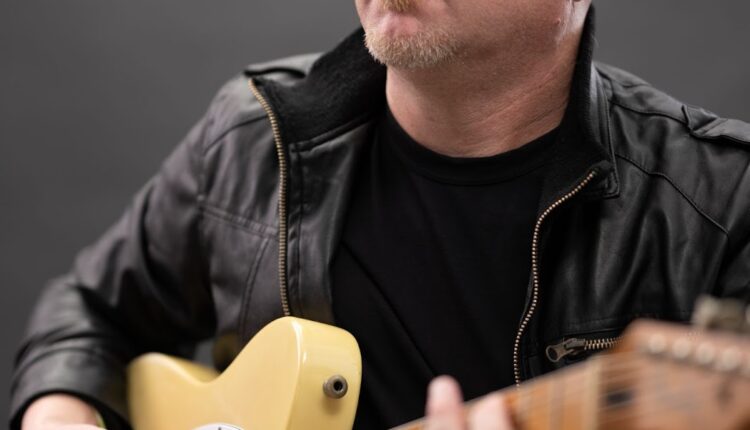 Tony Baltimore returns with the delicate new single ‘Fly Alone’ taken from the upcoming album ‘Let’s All Go Insane’. The follow-up to the up-tempo single ‘Sit Still’ and the playful videos for the albums title track ‘Let’s All Go Insane’ and ‘That Girls Got Eyes’, the Roots Rock Singer-Songwriter now demonstrates another dimension to his songwriting with emotional, heartfelt songwriting over a intricate Folk backdrop.

Opening with a delicate mix of fingerpicked acoustic guitar and strings, ‘Fly Alone’ quickly sets the scene before Tony’s effortlessly honest and impactful vocals enter. As the track grows, entering an optimistic chorus that at once gives the track a lift and introduces a hook, Tony is later joined with harmonies from guest vocalist Marjory Lee allowing the track to soar further.

Speaking about the meaning behind ‘Fly Alone’ Tony explains:

“Fly Alone was written at the end of April 2020 when the pandemic really started to affect people in a noticeable way. The look of desperation & depression on people’s faces, whether it be via FaceTime, Skype or the television was highly visible and proved that a lot of people were not doing well. These factors along with a personal story of a good friend combined to be what is now Fly Alone.”

Produced by Ian Shaw (Portugal. The Man, Barb Jungr) and released by Conch Town Records, the upcoming album ‘Let’s All Go Insane’ was recorded on both sides of a global pandemic that temporarily brought Baltimore’s gigging schedule to a halt. For a decade, he’d been playing shows every day, sometimes performing as a solo act during the afternoon before fronting a five-piece band for a nighttime set. Those gigs had sharpened not only his vocals, but also his songwriting chops. “I’d write songs in the morning and play them for an audience later that day,” he remembers. “Songs like ‘All Day’ were even written onstage, with me singing the lyrics as they came to me.”

Having made a name for himself playing upto 8 shows a week in the beachside bars and clubs in his home City of Key West (both solo and with a 5 piece band), Tony has a reputation as one of the most hard working artists on the scene. Having grown up in urban Maryland, raised by working-class parents, Tony taught the value of working hard and putting in long hours.

This strong work ethic is what propels Tony forward as an artist, always playing live and constantly writing new material. An artist through and through, Tony has already proved that his dedication to his music and undeniable talent are more than enough to have a hugely successful music career.