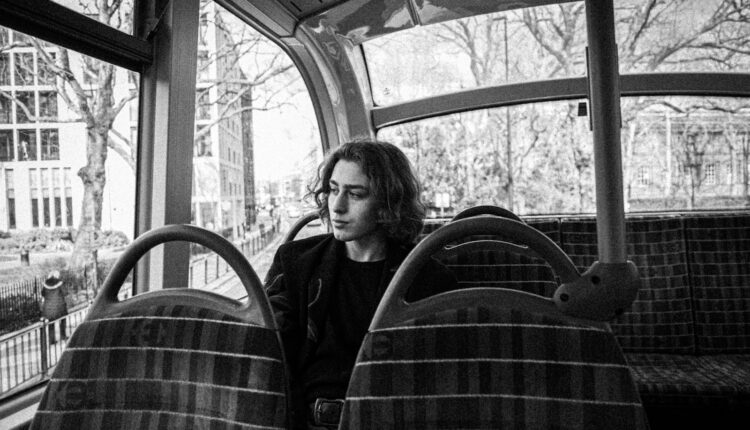 London-based 21-year-old MARL0 recently released dreamy post breakup track ‘Time Will Tell’.  The young songwriter wrote and produced the track in the garage of his parent’s home in Malibu which was then mixed and mastered by award-winning producer Anthony Resta (Duran Duran, Elton John, Blondie).

Destined for a career in music MARL0 grew up surrounded by musicians and instruments as his father, Nick Richards is best-known for his work as lead singer and founder of 80s band Boys Don’t Cry.  Through this hunger for music MARL0 wrote and recorded his first track “16 Day Dreams” at the age of just 15 which was followed by a music video co-starring supermodel Kaia Gerber. Shortly after this MARL0 was preparing music for film scores and his track ‘Deep End’ featured in the short film ‘The Inheritance’ starring Peter Andre, performing all the instrumentation to the music himself.

Following the breakdown of his first ever relationship, MARL0 moved from the claustrophobic LA to Seattle to collect his thoughts before relocating to the UK with his family, vowing to follow his endless passion for music.  While ‘Time Will Tell’ has all the hallmarks of a classic break up song, capturing the desperation and hopelessness of having his first love move away permanently, MARL0’s intricate songwriting and slick production makes this tried and tested formula feel like a breath of fresh air.

Through his heartfelt lyrics, MARL0 adds a captivating new twist to his sound, with his pillow-soft vocals souring over heavy guitar chords and looped synths, which sit deep in the mix and are levelled to perfection. MARL0 says when speaking about the heartfelt inspiration behind the track “This song is really about maintaining hope when everything seems to be falling apart, and feeling sad, or angry is okay because everything is temporary and in time you will be fine”.

The Beatles, Sade and Bob Marley And The Wailers are some of  MARL0’S biggest influences, exemplified by his timeless songwriting style. The young artist’s immense talent in songwriting and producing shines through on this debut single, and only time will tell where this pop prodigy will end up. Be sure to follow MARL0 on socials for more information on this and future releases.