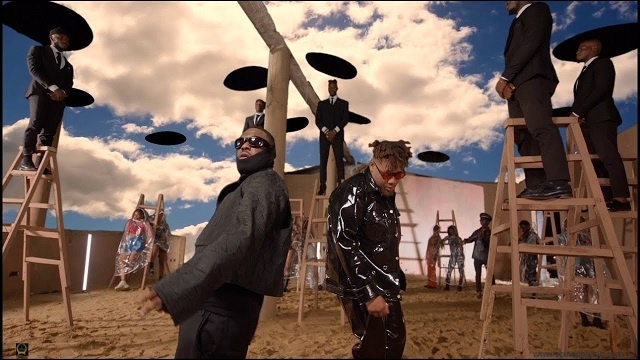 Cold Outside By Timaya ft Buju:  Nigerian music doyen Timaya has returned with an official music video for his trending new single dubbed ‘Cold Outside‘ featuring rave of the moment Buju. Interestingly the newly released single serves as Timaya’s first ever collaboration with Buju.

Be that as it may, ‘Cold Outside’ was produced by Nigerian record producer Yung Willis.“Cold Outside” is a kind of bumpy record that has a fusion of Afro Dancehall and Afro-Pop rhythm for your listening pleasure.

“Cold Outside” was produced by Yung Willis and the colorful video was shot and directed by TG Omori (Boy Director).

Watch Cold Outside By Timaya ft Buju Below