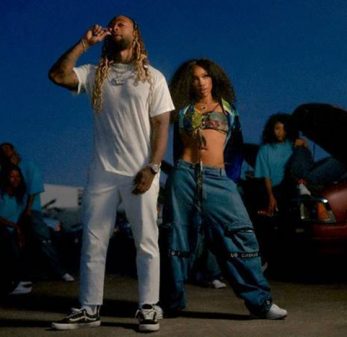 “I can’t really wrap my head around the experience and I think more so I’m fangirling off of having a track produced by probably the most formative producers and artists for me when I was growing up,” she said during an Interview with Apple music.Production credit goes to The Neptunes.Stream, download and share beneath.