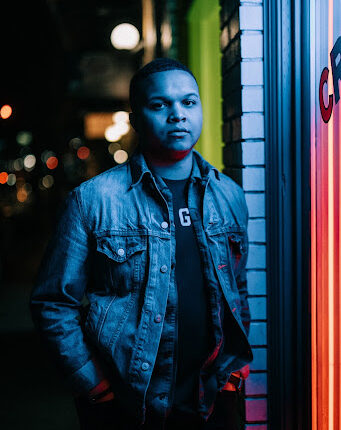 Alternative artist WRYT returns with his first release of 2022, ‘Risk & Fear’. The new offering fuses together grunge inspired guitars and rock sensibilities with incisive social consciousness. Working with producer Gabriel Solomon Wison, the pair have created a driving, triumphant track that they hope will elevate spirits and bring a sense of unity at live shows. His work stands with the oppressed and directionless in which he hopes through his intentionally crafted lyrics be the voice for the voiceless.

‘It poses the question of is the risk of failure worth the immeasurable reward? I’ve watched a number of family members and friends find their own successes in areas that I perceived I’d failed. However the joy that’s found in those areas is what continues to push me forward’

Some previous successes WRYT has are magazine features, including Music Connection Magazine, Vents Magazine and Rawckus Magazine who described that ‘his evocative voice infuses the lyrics with passionate urgancy’.

Highlights From 2021 Afrobeats Hall Of Fame