Sara Cruz – Lost On One 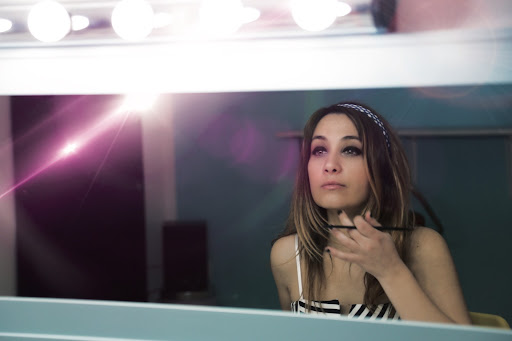 The voice of Sara Cruz (Sara Spagnoli) is certainly one that you’ve heard before. From a collaboration with Flo Rida to her songs being featured in big-brand TV adverts and video games, Sara Cruz is making a name for herself. Having begun her musical journey while living in London, the Italian-born artist still finds herself inspired today by the England capital that she lived and breathed for so long.

Now returning with a new single and many more to come, Sara Cruz delves into dreamy lo-fi with this enchanting track titled ‘Lost On Love’ backed up by the production work she shares with UK music producer Clyde Jones aka Glisten Beats.

Sara Cruz on the meaning behind the track:

“I’m glad the time has come to finally launch this new project that sees the collaboration with long-time friend and producer Clyde Jones (aka Glisten Beats).

Over the past few months I have been experimenting with new sounds and I think I can state that I have organically discovered a much more ‘centered’ musical landscape that truly represents me as an artist and also portrays my personal choice and taste in music, that I’m happy to keep on experimenting with and release new material on. Clyde and I have been able to establish a connection and brainstorm on new productions with extreme ease, which made the job much easier.

For this particular track some texture sounds and topline were laid down at first which lead to a very dream Lo-fi zone and plenty of inspiration that called for a somewhat ethereal scenario and lyrics.

The video shot for this single wants to reflect the message of the song, that in a very empirical and abstract atmosphere questions the uncertainty of the future for a love that once was and seems to have resurfaced, and whether that could or could not be again.”

Supported by an intentionally stripped-backed production and lending influence from a Hip-hop baked vibe that skips along under the atmosphere of chiming guitars and quirky production, Sara delivers an ethereal, almost whispering vocal on top of a tastefully executed musical landscape.Sara Cruz’s last release ‘Ghost Town’ received support from acclaimed publications such as Lock Magazine and Fame Magazine.

Sara has also received airplay support from BBC 1XTRA and has been played by some of the world’s biggest DJ’s including Knife Party, Klute and Outbreak. You may have also heard Sara in your local retailer, with her songs being played in stores such as House of Fraser and Footlocker. Sara’s music has even made its way onto your game console with her tracks being placed on games such as Assassin’s Creed and Our World.

Megan Knight – Take It To The Grave