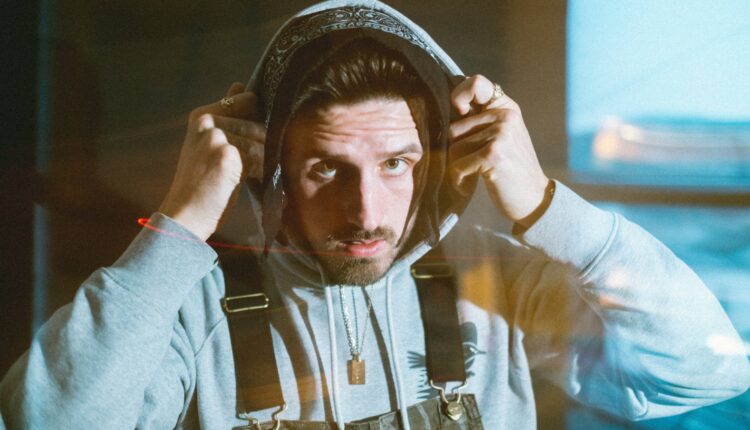 Irish rapper Rebel Phoenix delivers his latest single ‘All Or Nothing’ ahead of his highly anticipated album ‘Museum’ this March.

MC Rebel Phoenix is going places and it’s due to his distinctive Irish accent and witty lyricism. The Dublin-based rapper doesn’t disguise his unique voice across his releases and remains deeply rooted in his home city. Having accumulated over 215,000 streams across Spotify alone, his new single ‘All Or Nothing’ reveals Phoenix is an artist on the up this March while continuing his mission to shine a light on further recognition for Irish rappers.

Serving up an abundance of whole-hearted story-telling, ‘All Or Nothing’ is a bold and triumphant single that is captured by alarming synths, bounding rhythms and a skippy quick time flow from Phoenix. It touches on a more personal side of the rapper’s life while making it clear that he is loaded with punches and bars on his latest drop.

“The idea for ‘All Or Nothing’ came from a conversation I had with my mother. She said that I never approached things half-heartedly. I always felt like if I’m going to attempt something, 100% effort needs to be put in. Otherwise, I’ll begin to question if it’s even worth having. All Or Nothing is also about how every action has a reaction. My life has presented a series of extreme ups and downs so I’ve learned that thinking before we act is hugely important for any of us to keep our heads above water.” – Rebel Phoenix

Receiving critical acclaim for his proficiency, picturesque and inspiring lyrics, Rebel Phoenix has earned respect from music fans across the board. His sound is influenced by the gritty streets of Dublin with a creative lens from a young age. His debut project ‘R.E.B.E.L’ was followed up with an array of albums, EPs and singles with each release proving his artistic value and cemented his status as one of the leading figures in the Irish music scene.

Rebel has performed in the United States in 2019 with sold-out performances at Mercury Lounge in New York, the history-steeped National Concert Hall as part of the ‘UTOPIA’ series, festival appearances at City Sound Project, and has appeared on BBC Radio Ulster.

Rebel Phoenix - All Or Nothing

Sara Cruz – Lost On One