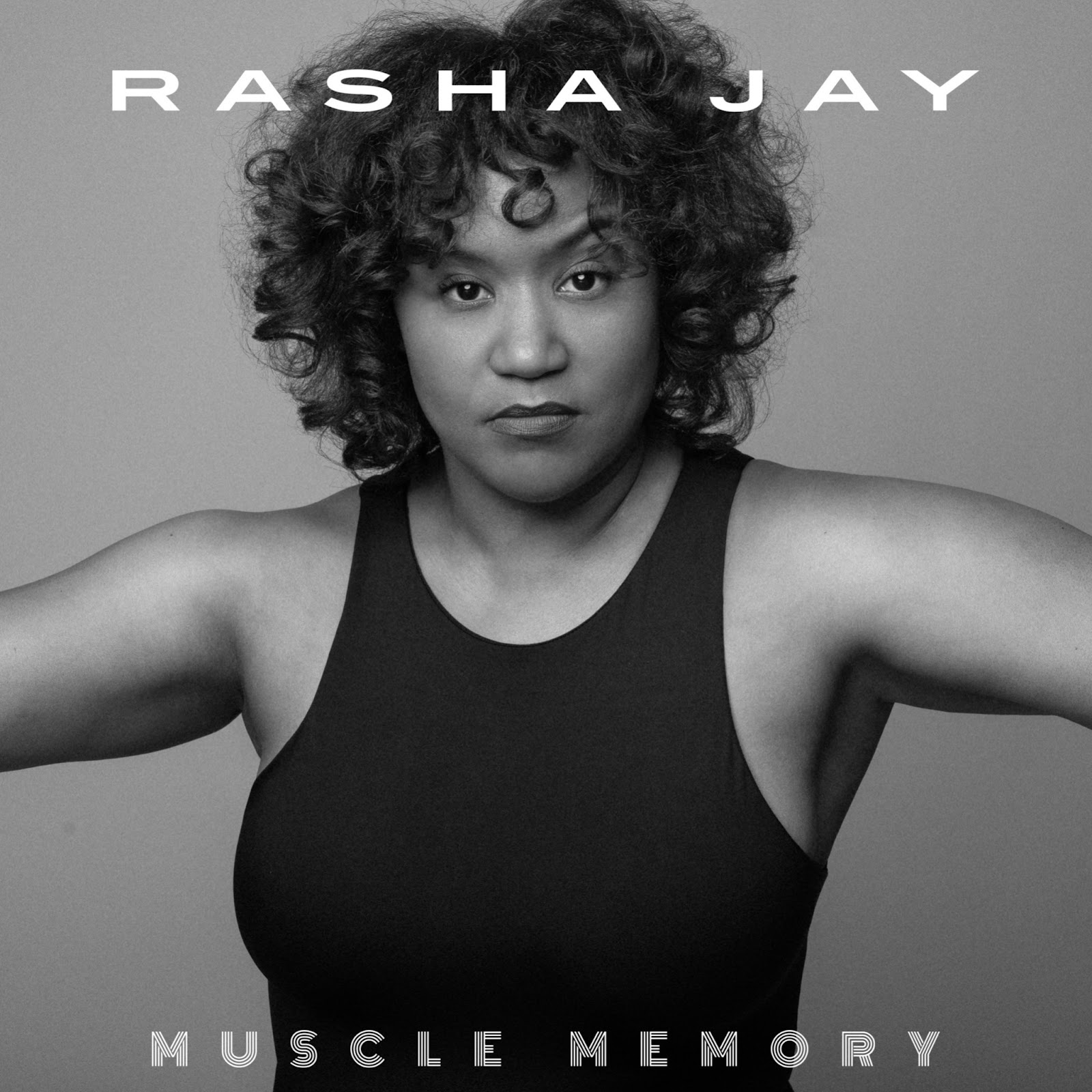 New Jersey-based, Maryland-born singer, songwriter and multi-instrumentalist Rasha Jay has made a name for herself with her cross-genre alternative soul-rock hybrid. Now back with the new album Muscle Memory, the solo artist once again demonstrates her unique alternative indie sound across seven soulful, moody, empowered and punchy yet smooth tracks.

Raw and real, relying on Rasha’s innate musical talents rather than studio wizardry, the album is built around Jay’s songwriting covering personal topics from boredom, reflection to self-esteem, and a genuine curiosity about humanity. Mixed by Grammy-nominated engineer Peter Labberton, the seven tracks are packed with layers of crunchy guitar chords and tight riffs, while Rasha’s soulful, emotive vocals take centre stage delivering ear-worm melodies and expressive tones, resulting in soundscapes that feel like a more R&B influenced Alabama Shakes.

The album’s lead single and standout ‘Saturate’ is a prime example of this style, dripping with soulful musicality as layers of interweaving guitar lines dance over a shuffling mix of live and electronic beats, deep bass, organs and subtle synths creating a driving yet melancholic and atmospheric backdrop. Rasha’s effortlessly impactful and emotive vocals take centre stage, raw, emotive and catchy as ever.

Speaking about the album, Rasha Jay adds: “I wrote this album quickly once I sat down and said “GO” to myself. I simply wanted to return to what I’ve always done, writing what I want, no genres, just give my voice and my perception on humanity. I recorded all songs but one in California and that added to the often-relaxed vibe of the music. This is my first full project since 2019, and I felt like I had nothing to lose. From my open-ended questions on “Would You” to my conviction in “Enough”, these were all real thoughts I had, and I wanted to go down the hole of those thoughts.”

Having gained a whole host of tastemaker press including Jammerzine, Higher Plain and Vents, Rasha has been named an ‘Artist to Watch’ by Ditty TV and established herself as an exciting up-and-coming talent. The new album Muscle Memory is out now.

All songs produced by Rasha Jay and No New Lovers