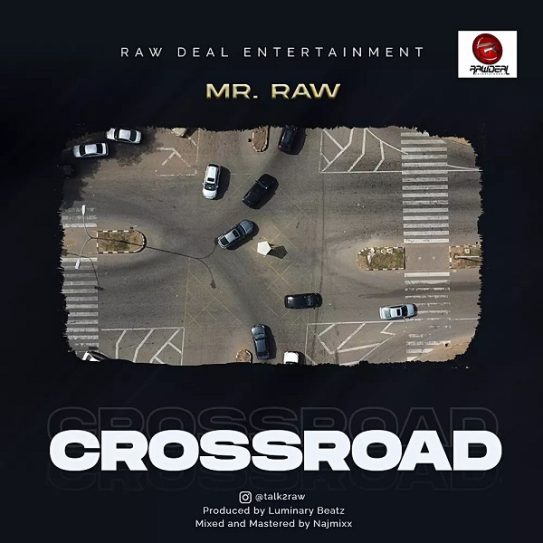 In 3-minutes 8 seconds, Mr. Raw used the short record “Crossroad” to describe the difficult situation he encountered during his accident which occurred in August 2021.

Record producer, Luminary Beatz provided a heavy instrumental where Mr. Raw carefully express himself and gave thanks to Almighty GOD for his survival.

Check out the visual shot in Enugu, directed by Kenny Basil for A Kreative Mindz Production. It has a few clips from Mr. Raw’s stay at the hospital in Abuja.

Recall, on the 14th August 2021, Mr Raw was hospitalised after a car crash Bannex area of the Federal Capital Territory, Abuja. The rapper confirmed the crash on his Instagram page @talk2raw, saying he passed out twice.