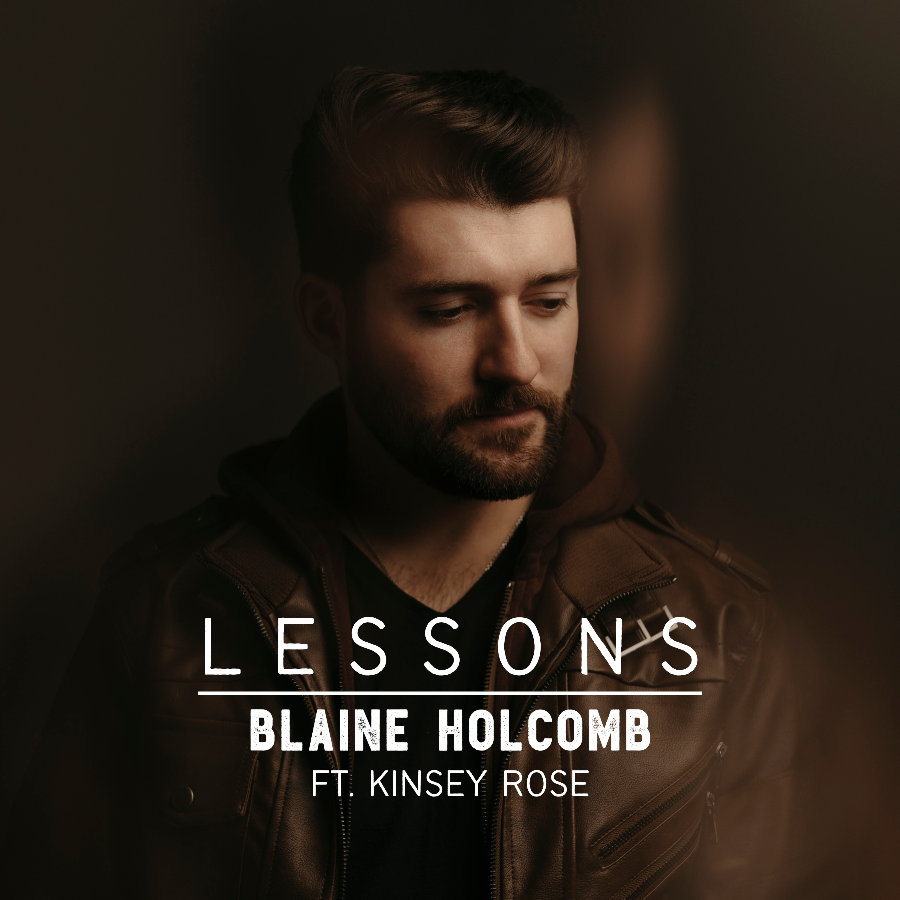 “Lessons” by Blaine Holcomb feat. Kinsey Rose is sure to make you cling to the most valuable things in your life and how failure is inevitable for any normal person. The song serves as a reminder to not take anything in life for granted, and to “make the most of everyday.” These moving lyrics explain how we all need to learn valuable lessons in life, good and bad, and at the end of the day “you can’t change the past” so the best thing you can do is live each day to the fullest.

The instrumentals inspired by 90s country, bring an extra layer of sentimental value. Steel mixed with the acoustic guitar adds a homely feel that any country fan will be sure to appreciate. Kinsey Rose takes the song to another level by adding her comforting and crystalline voice to create harmonies that hit you straight to the heart. Overall, “Lessons” is a song for any stage of life, and is bound to bring nostalgic and tender elements to modern day country music.

He might come from a college town in upstate New York, but Blaine Holcomb won’t let anyone tell him he’s not country. Growing up in a blue collar family, Blaine learned the value of hardwork, honesty, and family – as well as how to hunt and fish with the best of them. Raised on country radio and the words of George Jones, Merle Haggard, Keith Whitley, and Daryle Singletary, it only made sense that when Blaine first picked up a guitar at age 11, “Mama Tried” was one of the first songs he learned to play. “I’m a big fan of traditional country music as well as 90’s country and I think my writing style reflects a sort of new 90’s country vibe. When you mix that with a production that feels modern and fresh, the result is a sound that’s unique to my influences and roots.”

His talents soon led him to Nashville, and he never looked back. Since then, he has had quite the success on his musical journey, opening up for acts such as Randy Houser, and Easton Corbin. Most recently sharing a stage with country country legends Luke Bryan, Dierks Bentley, Chris Janson at Bass Pro Shop’s World Fishing Fair. Blaine has stayed on the frontlines of the Nashville scene as well, playing residencies at Dierks Bentley’s Whiskey Row and The Valentine, as well as partnering with AM Golf Trips to bring a new annual golf competition to Nashville complete with the live music experience this city is known for.

Through the years Blaine has come into his own musically, finding his sound and perfecting his craft. “My biggest challenge, which I guess has just been more of a process like any artist goes through, has been figuring out who I am as an artist and what I want to say.” Through the pandemic Blaine worked tirelessly on a new record, Over A Beer which was released in October 2021 and already closing in on 1million worldwide streams with hit singles like “Beer Taste Better” and “Then There’s You.” This past March, Blaine released a string of live performance tracks featuring local Nashville artists Tori Allen, Jabe Burgess, and Cassidy Lynn, as well as Manny Blu who also featured him on his 2021 single “Circle Up.”

Ready to build off recent successes, Blaine Holcomb is gearing up for a new EP with new music coming all summer. Working with his long-time producer, Jay Brunswick, and featuring talent from country artist Kinsey Rose, Blaine is ready to take it up a notch, and he is just getting started. “I’m really proud of this new project and I can’t wait to share it with everyone. I feel like it’s my best work to date and I’m excited to get these new songs out to the world. I hope you love [it] as much as I do.”